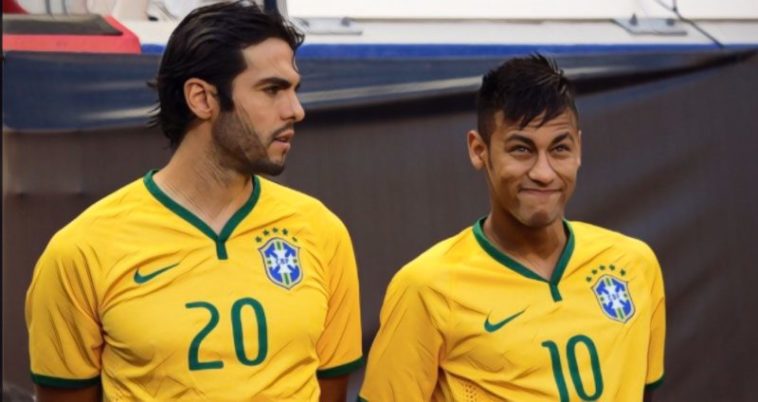 Brazil has produced some of the most iconic footballers in the sport’s history, the South American superpower possessing an unmatched footballing pedigree.

European football has played host to some of the nation’s very best exports with several Samba stars having dazzled on the continent, including on the biggest stage in club football – the Champions League.

We’ve decided to look back at the brilliant Brazilian’s to have made their mark on Europe’s elite, here are the country’s five highest scoring players in Champions League history:

Long before a hugely forgettable short stint at Bolton Wanderers that failed to deliver a single league goal, Jardel was amongst the most prolific goalscorers on the continent, twice winning the European Golden Shoe and finishing as the top scorer in the Champions League during the 1999/2000 season.

Jardel hit a barely believable 168 goals in 170 games for Porto, before bettering that extraordinary ratio with 67 goals in 62 games for Sporting via another prolific spell at Turkish side Galatasaray.

Despite never featuring for a European giant, the Brazilian would transfer his form onto the Champions League stage, hitting 25 goals in the competition in just 46 appearances.

His best haul would be a tally of 10 as Porto reached the last eight in 2000, finishing level as the tournament’s leading scorer alongside Raul and compatriot Rivaldo.

A player rarely discussed when reminiscing on the great Brazilian’s to have played in Europe, but a forward whose achievements are perhaps a little underrated given his record at Bayern Munich.

Elber scored 139 goals in just 265 appearances during a hugely successful six-year spell in Bavaria, winning four Bundesliga titles and finishing as the division’s top scorer in 2003.

The forward also made his mark on the European stage with Bayern, helping the club to Champions League success in 2001 and scoring 22 goals in the competition proper for the German giants.

He would add three further goals during a spell at Lyon, his tally standing at 25 Champions League goals, level with the likes of Robin van Persie and Hernan Crespo.

A player who would rise from poverty to a status as the world’s finest footballer, Rivaldo’s journey from the Brazilian favelas to Barcelona superstar is an inspiring one.

Rivaldo would prove to be a Samba showman during a career at the top level of European football, being named as the winner of the Ballon d’Or and FIFA World Player of the Year award in 1999.

A great player in a Barcelona side not quite the powerhouse it has been in recent years, he would nonetheless produce a series of magical moments at the Camp Nou and finish as the Champions League’s top scorer in 2000.

After a memorable five-year spell in Catalonia he added further Champions League goals during spells at AC Milan and Olympiakos, earning a winner’s medal during his time at the former in 2003.

One of the great Brazilian playmakers of modern times, Kaka would enjoy a brief but brilliant reign as the finest player in world football at AC Milan.

The midfielder was the heartbeat of a Milan side that would reach two finals in three years, finishing as the top scorer in the Champions League during the club’s 2007 success, later being named as the winner of the Ballon d’Or.

Possessing both a creative and goalscoring threat, Kaka would score 30 Champions League goals throughout his career, his performance against Manchester United in the semi-finals of that aforementioned 2007 win amongst the most memorable by a visiting player to Old Trafford.

The leading Brazilian goalscorer in Champions League history, Neymar eclipsed compatriot Kaka during last season’s competition and will be looking to increase his tally as Paris Saint-Germain bid to reach the latter stages this term.

The forward has starred on Europe’s biggest stage in recent years for both Barcelona and PSG, winning the competition with the former as part of a continental treble in 2015.

Neymar finished as the tournament’s top scorer during that campaign alongside teammate Lionel Messi and Cristiano Ronaldo, scoring ten times including a goal in the final as Barca were crowned champions of Europe for a fifth time.

Neymar’s tally has seen him enter the top 20 for goals scored in the European Cup/Champions League, and the 28-year-old will have ambitions of lifting the prize once more as ambitious PSG look to land a maiden title.