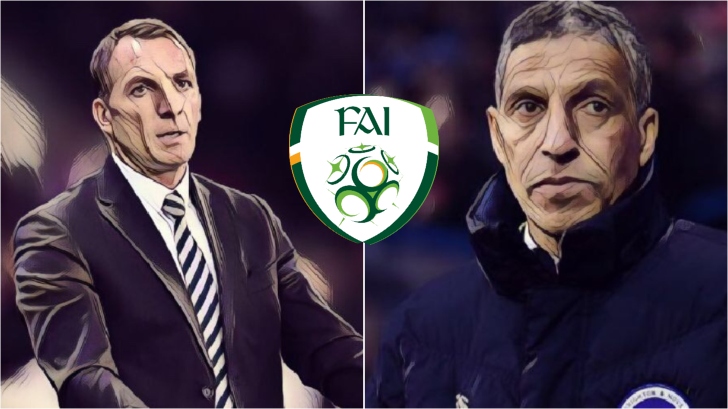 On Wednesday morning we were greeted to push notifications and Whatsapp messages informing us that the Republic of Ireland’s management team of Martin O’Neill and Roy Keane were set for emergency talks with the FAI. They had obviously read the first edition of our new column, Stick or Twist, as just a few hours later the two men were no longer in a job.

And so it begins. The Search.

Who are the favourites for the role? Who should the FAI be considering? Who will be the next Philippe Troussier to throw his hat in the ring? We assess a few options, what’s realistic and what’s not, and who we want to see in contention.

Serious Candidates For The Ireland Job

Ah, Mick. Ol’ Reliable. The Safe Pair Of Hands. The experienced head on old shoulders to guide us through the choppy waters of qualification.

The former Ipswich Town manager is favourite in most markets at very low odds, and has been consistently linked with a return to the job every time it’s become vacant since he himself vacated it in 2003.

The Barnsley-born boss guided Ireland to the 2002 World Cup while playing some decent football along the way, but there is a feeling among many that his hiring would represent a step backwards having managed the side twenty years ago. Just imagine for a moment that Jack Charlton was a serious contender to replace Steve Staunton in 2007, 21 years after he was first appointed by the FAI.

The main thing going in Mick’s favour though, is the fact that FAI CEO John Delaney will want a proven manager with a track record of getting results — a profile McCarthy fits perfectly — so they can qualify for Euro 2020, take the prize money and pay off their massive stadium debt.

Second-favourite in just about every betting market, Kenny is perhaps the right man at the wrong time.

The Dundalk manager has had continued success in the League of Ireland, qualified for the Europa League group stages, and plays a progressive style of football that will help bring the fans through the turnstiles once again.

The ever-decreasing number of Irish professionals making their way at the upper level of English football means that the national side will depend on the LOI more and more as time goes on, placing Kenny in the perfect position to judge who can make the step up.

The pressure on the FAI to qualify means the former Dunfermline manager might not be given the time to turn the job into a long-term project should results be poor straight off the bat. Kenny, in our opinion, should be the next manager, but he may have to bide his time.

Not as unrealistic as you might think — the Swede’s odds have tumbled to 6/1 in the last few hours, giving the impression that he is very much in the running.

The FAI’s recruitment strategy when it comes to the manager in the past decade has been to throw a lot of money at a big name in order to secure qualification. Sven fits that bill nicely, although he is a former England manager, so who knows how that will go down with the Irish fans.

If nothing else, it would be a really fun appointment. Last year former Ireland international Richard Dunne spoke of his admiration for Sven, telling the story of how he and his Man City teammates stayed out past their curfew on a pre-season night out, and returned to the hotel to find first team coach Tord Grip playing the accordion.

“These are gonna be alright for us,” said Dunne.

The current Hibernian manager has never been seriously linked with the Ireland job before now, but his name has been cropping up throughout the day. Hard to say whether or not he would leave his current post mid-season, but there’s no doubting he would seriously consider taking on the role.

Lennon was the architect behind some huge UEFA Champions League wins with Celtic, most notably over Barcelona at their peak, so he has the ability to get a team prepared for big games.

Candidates We’d Love To See In The Running

Ireland’s greatest ever assistant manager, Hughton is a fan favourite for the position. Sadly, as qualified for the position as he is, the Brighton & Hove Albion manager has better things to be doing than steering a group of legless gombeens towards a Euro 2020 playoff, before losing to Scotland, probably. Outsider at 33/1.

Even less likely (100/1), but in this writer’s opinion the ideal candidate. Born in County Antrim, Rodgers is familiar with Irish football, has experience at the top level of English club football, and his teams have a very attractive way of playing. The Northern Irishman is tied down to Celtic however, and would cost a bomb anyway, bringing us back to the issue of splashing the cash for short-term gain.

The Liverpudlian has yet to manage a ‘big’ team, but has done great things with both Portsmouth and his current side Wigan Athletic. Cook is familiar with the League of Ireland, having managed Sligo Rovers to cup glory in 2010 and 2011, which will become increasingly important in the coming years.

Considering some of the other candidates being mentioned — Sam Allardyce, Steve Bruce, David Moyes — the FAI could do worse than hire Cook, whose odds have admittedly  been pushed further nd further out a the day has gone on, to 50/1.

A left field candidate at 50/1, for sure, but has a history of getting teams to reach their full potential or even over-perform in the case of Zambia. The Frenchman has won two African Cup of Nations trophies and most recently guided Morocco to the FIFA World Cup in Russia.

Since Real Madrid don’t want him, can we have Antonio Conte instead? Speaking of the Spanish club, what about Zinedine Zidane? Sure he’s not up to much these days since leaving the Bernabeu. While we’re at it, anyone have Arsene Wenger‘s number?

Another two managers out of work that would offer a lot of amusement, both on and off the pitch, are Louis Van Gaal and Kevin Keegan. One would bring a nice passing style of play, while the other would provide a swashbuckling, attacking game plan that would excite the fans. And the press conferences and post-match interviews would never be boring.

Who do you think should be the next Ireland manager?