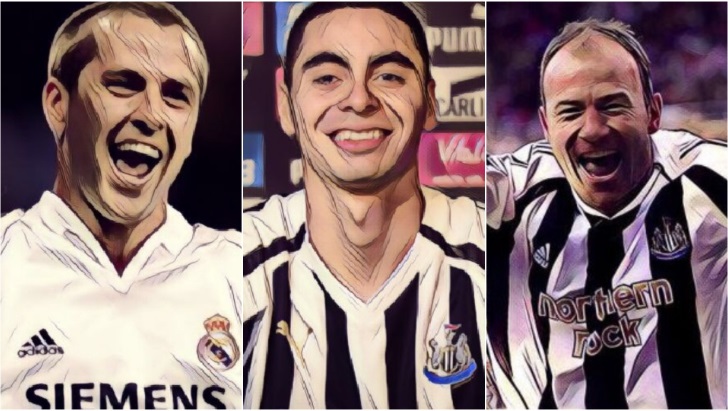 Newcastle United have broken their club record transfer fee to acquire Miguel Almiron, but the Magpies’ history of big money signings up to now is not pretty.

Paraguayan international Miguel Almiron has finally signed on the dotted line for Newcastle this month after a protracted transfer saga between the Premier League club and Atlanta United. The MLS side wanted a cool £30 million for their midfield maestro, but were eventually talked down to £20m, easily breaking the transfer record not just for America’s top division, but for the Magpies too.

Newcastle last broke their transfer record to sign a player almost 14 years ago, a bizarre fact given the hyper-inflation of television money in English football since then. It was the longest-held record of any top flight club, a dispiriting symptom of the austere Mike Ashley era that has loomed over Tyneside for a decade.

Michael Owen was the player in question last time, moving from Real Madrid in 2005 for £16m. United fans had every reason to be optimistic, giddy even, at the prospect of the former Liverpool striker’s arrival. Newcastle were regularly qualifying for Europe, going as far as the UEFA Cup semi-finals in 2004, and keen to take advantage of a relatively strong squad to end their trophy drought.

It also wasn’t that long since Owen was seen tearing up the Premier League, scoring 158 goals for Liverpool before the age of 25. Sure, he hadn’t had a great time of it in Madrid, but the consensus was that all he needed was more game time and he would be back to his old self in no time. The Chester native’s stint at the club was, unfortunately, a disaster. Suffering multiple bad injuries during his time there, the England striker only played 79 games in all competitions over four dismal years, the last of which saw the club relegated.

Owen admitted last year that he “hated” playing football in the latter part of his career, such was his fear of getting injured. He even pulled out of one of Newcastle’s most pivotal in that relegation season according to former physio Paul Ferris. In his autobiography ‘The Boy on the Shed’, Ferris wrote that “Michael didn’t want to risk it because he was out of contract in the summer and was saying, ‘I’ll not get a contract at another club if I’m injured‘”. This revelation stoked the ire of Owen’s manager at the time, who also happened to be the club’s previous record transfer holder.

Alan Shearer had a much better time of it at Newcastle than Owen and, well, pretty much everyone else mentioned here. He joined his local club from Blackburn Rovers in 1996 for £15m, which would equate to £28m today, a world record fee at the time. Shearer was worth every penny though – scoring 206 goals over ten years for the Toon – even if a trophy eluded them.

In 2005 Albert Luque (remember him?) signed a five-year deal, joining from Deportivo La Coruna for £9m (£17.5m in today’s money). The Spaniard injured his hamstring in his second game for the club and it all went downhill from there. Never managing to nail down a set position upon his return from injury, Luque left in 2007 without making much of an impression.

Ahead of the 2015-16 season, Newcastle embarked on their last proper spending spree, signing a number of players who would end up doing quite well… at other clubs. Giorginio Wijnaldum, the most expensive of this particular group and the club’s fifth highest transfer fee ever at £14.5m, has been excelling at Liverpool for two and a half years. Aleksandar Mitrovic (£13m) is now proving himself to be a terrific goal scorer Fulham, while Florian Thauvin (£15m) returned to Marseille, where he has rediscovered his magic touch, after making 13 league appearances over two years for Newcastle.

Andros Townsend (£12m) is now doing well at Crystal Palace, while Chancel Mbemba (£8m) joined FC Porto last summer. The only one to have remained is Jonjoe Shelvey, who moved from Swansea City that January for a reported £12m.

There have been some success stories over the years, such as Fabricio Coloccini (£10.3m), Jonathan Woodgate (£9m), and, to a lesser extent, Dwight Gayle (£10m), who helped the club regain promotion to the Premier League in 2016.

There have been mixed bags along the way, notably Obafemi Martins (£11.25m), Jacob Murphy (£12m) and Matt Ritchie (£12m), but the outright disasters number dangerously high, which perhaps goes some way to explaining why Newcastle are battling against their third relegation in ten years. Players like Damien Duff, Remy Cabella (who returned to Marseille at a loss), Papiss Cissé, Jean-Alain Boumsong and Hugo Viana all had miserable spells on Tyneside, collectively costing the club £49.5m.

Given how poor this current incarnation of Newcastle United has been this season, it’s not inconceivable that Miguel Almiron could be added to the veritable scrapheap of failed Toon transfers over the years. Then again, the bar is so low that the striker could quickly become a club legend. The margins are that fine right now.

All transfer info via Transfermarkt.