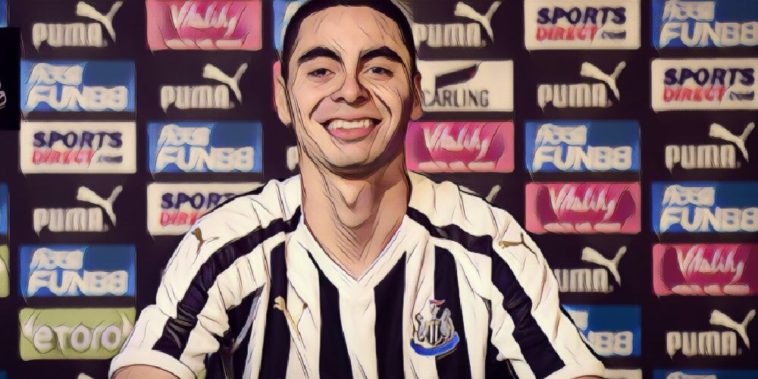 Newcastle’s 13-and-a-half-year old transfer record has finally been broken today as they announce the signing of Miguel Almiron from Atlanta United.

The Paraguay international moves to St James Park in a deal worth around £21 million, £4.2m more than the £16.8m that they paid for Micahel Owen back in 2005.

Almiron is believed to have been Rafael Benitez’s number one transfer target for a number of months, but the club have struggled to come to an arrangement with the MLS club until recent days.

He has now completed the move to Newcastle, where he will wear the number 24 shirt, and speaking to NUFC TV, Benitez has said he is excited to finally have the player at his disposal.

“We were following Miguel Almirón for a while, and we saw a player with some pace in attack, who can play behind the striker. We have someone who can score goals and give assists,’’ Benitez said.

“We know that MLS is a different challenge to the Premier League but he has the potential to do what we are expecting, and what we need.

“From talking to the lad, you can tell that he is really focussed and wants to do well. He wants to be successful and he wants to help the team, to score goals and give assists if it is possible.

“His impact in MLS has been really good – he’s been one of the best players this year – and hopefully he can give us more competition and more quality in the final third.

“I am pleased that the hard work behind the scenes has ended positively and I thank everyone for their efforts.”

With MLS clubs only just returning to pre-season training, it is yet to be seen when Almiron will be fit enough for the rigours of the English top flight.