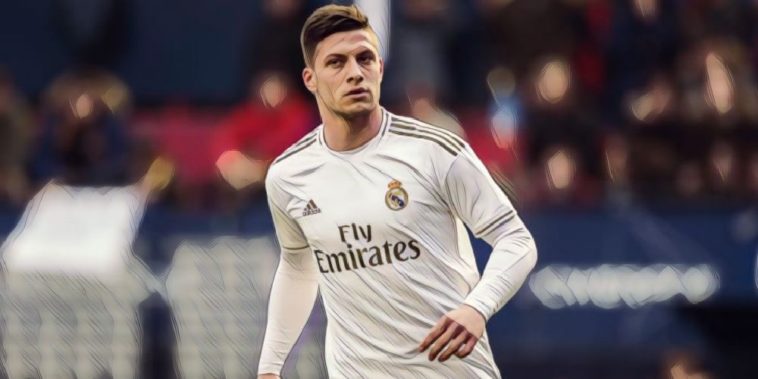 Newcastle are planning an ‘audacious’ summer move for out-of-favour Real Madrid striker Luka Jovic as the club seek to bolster their attacking options.

The continued uncertainty surrounding Newcastle‘s proposed takeover means transfer plans are difficult to construct at present, though the Magpies’ scouting department are planning without the promise of additional funds and have begun assembling a list of potential targets.

Steve Bruce’s side have suffered from a lack of goals this season despite comfortably staying clear of relegation troubles, with the club’s four forward options – Andy Carroll, Dwight Gayle, Yoshinori Muto and £40m summer signing Joelinton – managing a paltry five league goals between them.

An increase in firepower is deemed essential to the club’s hopes of progressing and an ambitious move to sign Jovic from Real Madrid is reportedly being considered, the Serbian having struggled to make an impact with the Spanish giants following his move from Eintracht Frankfurt last summer.

The 22-year-old was amongst the most sought after talents in European football last summer but has struggled to live up to expectations following a £60m move to the Bernabeu, and the Shields Gazette are reporting Newcastle are readying an approach to sign the player on a season-long loan deal.

Napoli, AC Milan and Hertha Berlin have also been credited with an interest in signing the forward who has started just four league fixtures so far this season, but the Magpies are hopeful the promise of guaranteed first-team football can persuade the star to head to the Premier League.

Real Madrid boss Zinedine Zidane is believed to retain faith in Jovic despite his struggles this season, and it is yet unclear whether the newly-crowned Spanish champions would sanction his departure on a temporary deal.