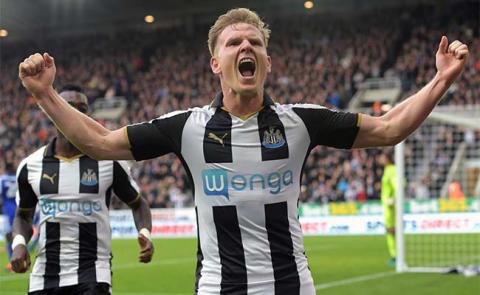 Newcastle United have been promoted back to the Premier League at the first time of asking.

The Magpies went into Monday nights game against Preston knowing that a win would send them back to English Footballs top flight, and they did it in emphatic style.

The Toon Army got off to a great start as Ayoze Perez opened the scoring. However hopes of promotion were dashed as Jordan Hugill equalised after just 14 minutes.

Christian Atsu restored the Geordies’ lead on the stroke of half time, before two goals in two second half minutes sealed their return to the Premier League. Matt Ritchie scored a penalty before Ayoze Perez scored his second to make 4-1 to the hosts.

“We are going up”

Following Brighton’s shock defeat on Friday night, Newcastle still have a slim chance of clinching the Championship title, but Rafa Benitez will not be bothered how they return to the top flight, just the fact that they have.

The Geordie joy will be no doubt be intensified should North East rivals Sunderland and Middlesbrough be relegated from the top flight, as is looking highly likely.