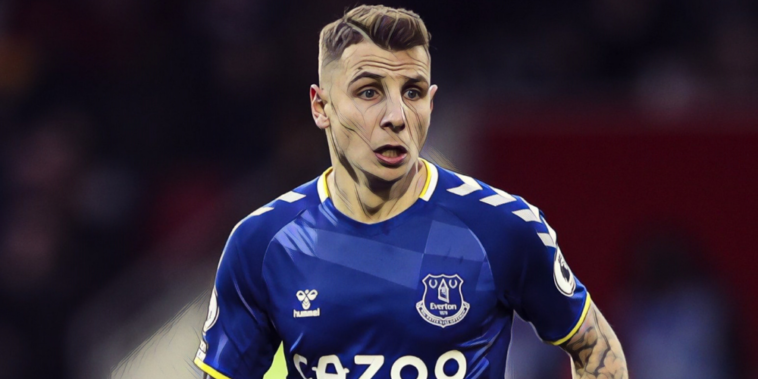 Newcastle are one of four Premier League sides interested in signing Lucas Digne from Everton, whilst the Magpies are closing in on Kieran Trippier after agreeing a fee with Atletico Madrid.

Digne looks set to leave Everton this month after a fall-out with Rafael Benitez at Goodison Park, with a number of Premier League clubs monitoring the left-back’s situation.

Sky Sports are reporting that Newcastle have joined Chelsea, West Ham and an unnamed Premier League side in the race for the France international, who is valued by the Toffees at around £30m.

Napoli have also expressed an interest in the 28-year-old – who was an unused substitute during the defeat to Brighton last weekend – but want a loan deal with an option to buy.

Everton are prepared to sanction Digne’s sale following the signings of full-back pair Vitaliy Mykolenko and Nathan Patterson during the first week of the January transfer window.

Newcastle’s search for new additions has also seen the Magpies agree a fee for Trippier, with the Guardian reporting that the England international will underdog a medical with the club after a fee of £12m plus add-ons was accepted by Atletico Madrid.

The 31-year-old has been an important figure across two-and-a-half seasons in the Spanish capital and formed part of the side crowned La Liga champions last season, but is now keen to return to the Premier League.

His arrival will be a major boost to a Newcastle side with just one win from their opening 19 games, with Eddie Howe having used the likes of Jacob Murphy and Matt Ritchie as auxiliary full-backs this season.

Newcastle have the joint-worst defence in the division and the club’s new ownership are keen to reinforce this month as the Magpies look to climb out of the relegation places.