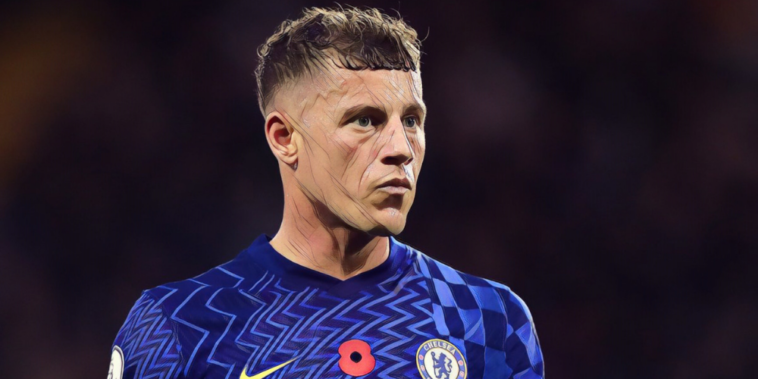 Newcastle are ‘leading’ Everton and Leeds in the race to sign Ross Barkley from Chelsea.

Barkley is attracting interest from Premier League sides after struggling to win favour at Chelsea, with a number of clubs considering a move for the midfielder ahead of the January transfer window.

The 27-year-old spent last season on loan at Aston Villa before returning to Stamford Bridge ahead of the new season and TEAMtalk are reporting that Chelsea are currently considering whether to allow Barkley to leave during the winter window.

Barkley was handed a rare chance to impress from the start during the west London side’s 1-1 draw with Burnley last week and has made eight appearances in all competitions this season, six of which have come as a substitute.

Newcastle are understood to be ‘leading’ both Leeds and former side Everton in the race for Barkley, who apparently believes he can still force his way back into Gareth Southgate’s plans with regular first-team football.

The midfielder was a regular under Southgate during England’s qualification campaign for Euro 2020 but has fallen out of favour after a difficult period.

Interested sides are said to favour a loan deal with an option to buy for Barkley, who has 18 months remaining on his current contract at Stamford Bridge.