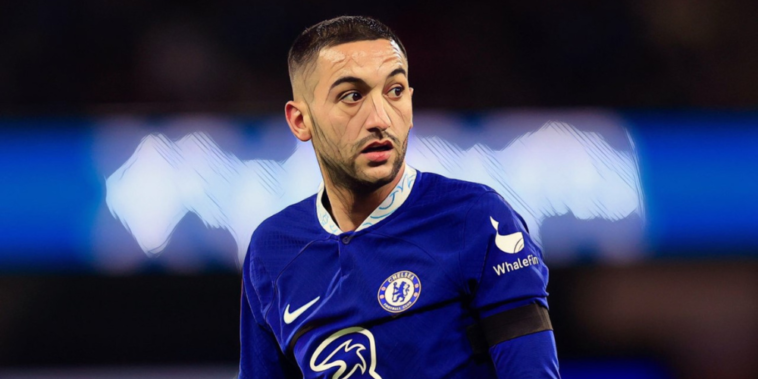 Newcastle and Everton are interested in signing Hakim Ziyech from Chelsea before the transfer deadline.

Ziyech is free to leave Chelsea after struggling for first-team football this season with the Moroccan having started just four times in the Premier League.

Chelsea’s deals for Joao Felix, Mykhaylo Mudryk and Noni Madueke have increased competition for places in the final third and several Premier League sides are considering a swoop for Ziyech.

Everton are interested in a deal with Sky Sports reporting that the Toffees are considering an approach for the 29-year-old, if Anthony Gordon leaves the club this month.

Gordon is a transfer target for Newcastle, who have seen an opening offer turned down, and is valued at around £60m at Goodison Park. He is understood to be open to the move to St James’ Park and missed training this week as negotiations between the clubs continue.

However, the Telegraph have revealed that Newcastle are considering their own move for Ziyech, should Everton not lower their demands for Gordon.

The Magpies remain interested in Gordon and believe they have beaten Chelsea in the race to sign the England u21 international, but are not willing to meet his current asking price.

Ziyech has emerged as an ‘appealing alternative’ with Newcastle not prepared to overpay in their pursuit of Gordon. Meanwhile, Newcastle have denied that Allan Saint-Maximin will be allowed to leave should the club sign a winger before the January deadline.