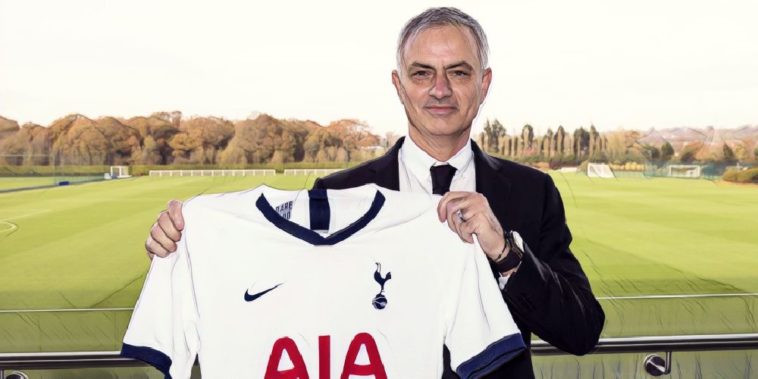 Gary Neville has described Tottenham’s appointment of Jose Mourinho as a ‘marriage of convenience’, admitting he is delighted to see the former Chelsea and Manchester United boss return to the Premier League.

Mourinho was last week named as Mauricio Pochettino’s successor at Spurs following the Argentine’s sacking, the club having underperformed in the opening weeks of the new season.

The three-time Premier League title winner had been without a job since being sacked at Old Trafford in December of last year, but has returned at another of the division’s leading clubs as he seeks to become the first manager in history to win silverware with three different English sides.

Mourinho’s reign began with an encouraging London derby win at West Ham on Saturday and Neville believes the club and manager are ideally suited due to their current situations, with both needing one another to revive their respective fortunes.

Speaking on Mourinho’s appointment, Neville told Sky Sports MNF: “Historically, if you’d said to me Daniel Levy would appoint a manager of Jose Mourinho’s stature that would stand up to him, I would have said not in a million years.

“Winning big games is not a primary reason for Mourinho’s appointment, it’s a bonus. I think the appointment is to protect finances, it’s to protect revenue. This is the new stadium. This is the fact the team’s half falling apart in terms of contract running out, a little bit of destabilisation in this squad and trying to keep them together by bringing in a big-game manager.

“Mourinho needed to get back into the Premier League to reset himself, to re-establish himself. He wanted to be in London. Daniel Levy needed someone who could get the football club quickly back up to a level that is acceptable and into the Champions League.

“This is a marriage of convenience.

“People said to me last week that it’s a three-and-a-half-year contract,” he said. “Daniel Levy is not stupid enough as an operator to expose himself to a £25m pay-out to Jose Mourinho, unless there are certain triggers hit and certain achievements made.

“Jose Mourinho is not stupid enough and not soft enough just to allow Levy to mess him around and let him sack him after one minute and damage his reputation. This has got pre-nuptial written all over it like you would not believe.

“Jose wants to be back at the elite of European football, winning trophies. Daniel Levy needs to be in the Champions League, and he needs to keep the players he’s currently got.

“I’m delighted to see Jose back in the Premier League. He’s lit up the Premier League for 20 years. I never bought into the idea he was a spent force at United. There were a lot of things that were deciding factors in that.

“I’m interested to see how it goes but I think the contract will be that detailed around what he has to do and if he does, what he’ll get, and if he doesn’t, what he won’t get. Ultimately, both will have protected themselves.”