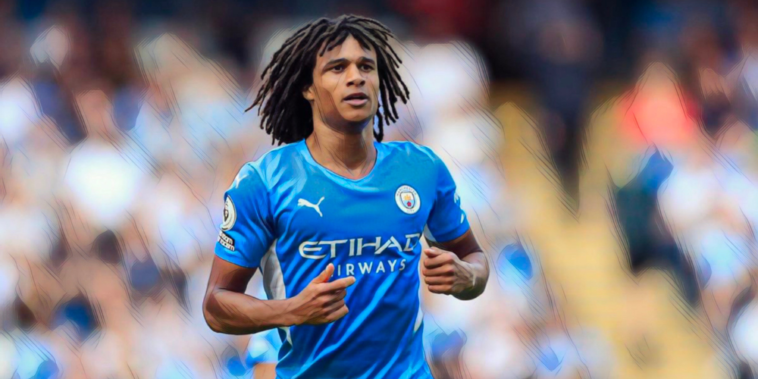 Nathan Ake is set to remain at Manchester City this summer, despite interest in the defender from Chelsea.

Chelsea had shown an interest in re-signing Ake, who began his senior career with the west Londoners before joining Bournemouth in 2017.

Thomas Tuchel wants to add to his defensive options this summer following the exits of Antonio Rudiger and Andreas Christensen, with Ake viewed as a Premier League proven option to reinforce the Blues’ backline.

However, The Athletic are reporting that the Netherlands international is set to remain at City, with both club and player ‘happy for him to remain at the Etihad’ after Chelsea failed to progress initial talks and meet the Premier League champion’s valuation.

The 27-year-old signed for City in a £41m deal from Bournemouth in 2020 and has won consecutive Premier League titles since moving to the club. However, the Dutch defender has struggled for regular first-team football and has made just 19 league starts across the past two seasons.

Chelsea are closing in on a deal to sign Kalidou Koulibaly from Napoli however, while talks are ongoing with Paris Saint-Germain for Presnel Kimpembe.