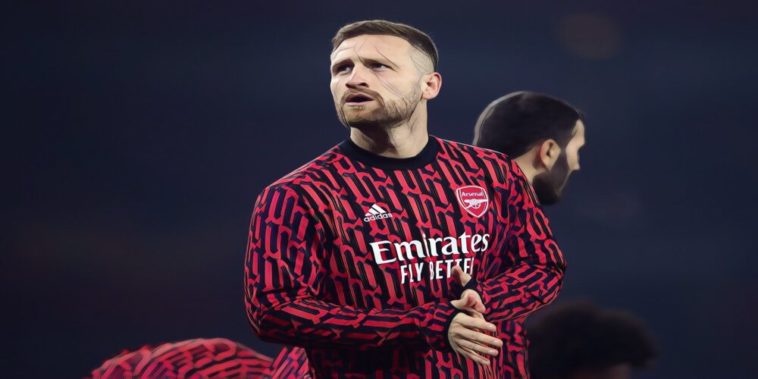 Shkodran Mustafi is reportedly the subject of interest from Spanish giants, Barcelona, according to the player’s representative Emre Öztürk.

Mustafi has become a much-maligned figure at Arsenal and has fallen out-of-favour under Mikel Arteta so far this season, failing to start a single Premier League fixture and featuring for just 44 minutes across two substitute appearances.

The 28-year-old is out-of-contract at the Emirates at the end of the current campaign and is expected to leave the club on a free transfer, though could be handed a surprise opportunity.

Ozturk was believed to be in talks with Barcelona about the future of Rapid Vienna forward, Yusef Demir, the 17-year-old sparking speculation with an Instagram post of a Barcelona badge, saying  “Ready for meeting”, though speaking to SPOX, the agent admitted that his talks were centred around a potential move for Mustafi.

“I’m not in Barcelona because of Yusuf Demir, but because of Shkodran Mustafi from Arsenal, who we also represent,” Ozturk said.

Mustafi signed for Arsenal in a £30m deal from Valencia in 2016 and has since made 150 appearances for the north London side in all competitions, though the German has struggled to win favour and has been criticised for his error-prone displays.

The centre-back, however, is now understood to be amongst a list of centre-back options currently being considered by Barcelona, alongside Manchester City teenager Eric Garcia and Chelsea’s Antonio Rudiger.

Arsenal currently have a surplus of centre-back options, with Arteta possessing six senior options in his first-team squad alongside teenager William Saliba and the outcast Sokratis.

Read Also – Turkish Delight: Five of the best Turks to play in the Premier League