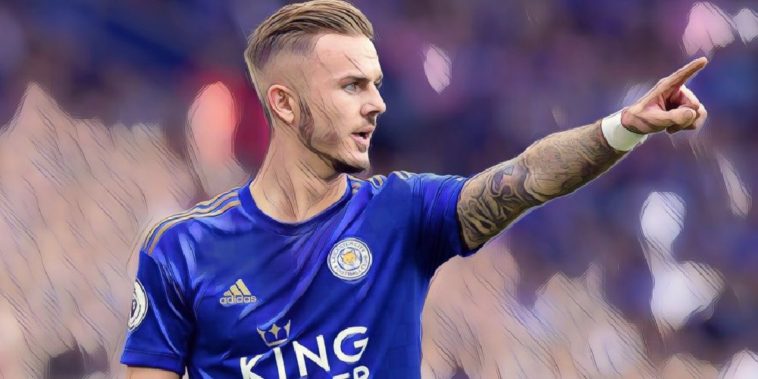 Danny Murphy believes ‘special’ James Maddison would not turn down a move to Manchester United amid reported interested in the midfielder from Ole Gunnar Solskjaer’s side.

The Leicester midfielder has starred for the Foxes so far this season, playing a key role in their surprise emergence as title contenders and earning his first senior cap for England against Montenegro last month.

Maddison’s performances have prompted speculation he could leave the King Power Stadium, with Manchester United reportedly holding a strong interest in tempting the 23-year-old to Old Trafford.

There has been talk that he is set to sign a new deal with the East Midland’s club, though former Liverpool midfielder Murphy believes Maddison would find a move to Old Trafford difficult to turn down, and believes a move to one of the division’s bigger sides could help further develop his ‘special’ talent.

“It’s hard to know your own worth when you are a footballer sometimes,” Murphy said on Sky Sports’ The Debate. “Maddison is special, and he’s not going to become more special by staying there (at Leicester).

“I think he can’t do much more to get in that England team at the moment.

“The thought process, I think, of footballers at that age, playing like he is – free, brilliant, expressing himself in the best league in the world at Leicester – if United come, or City or Liverpool, he’s going to want to go.

“[To put it in perspective] Tottenham played in the Champions League final last year, Liverpool have been there twice. United have won how many leagues in the last 20 years.

“You can not tell me that there is a young English footballer playing at Leicester, no matter how well they are doing, would turn down United when they come. Not going to happen.”

Rashford reveals his ‘dream’ is to succeed as a central striker