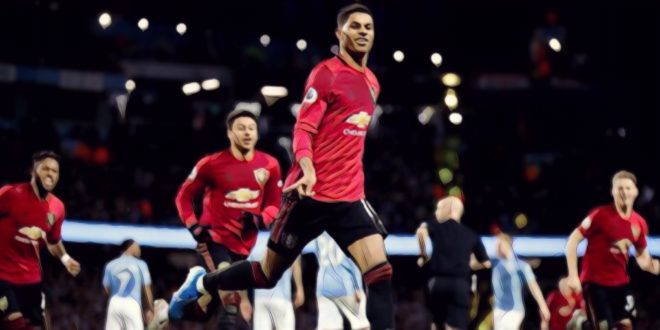 Rashford reveals his ‘dream’ is to succeed as a central striker

Manchester United forward Marcus Rashford has admitted that it is still his ‘dream’ to succeed as a central striker.

The England international has enjoyed a strong start to the new season and is currently in the best goalscoring form of his career, his penalty in last weekend’s Manchester derby taking his tally to 13 goals in his past 14 appearances for club and country.

The 22-year-old’s best position has been a subject of much debate, with Rashford having been utilised both centrally and in a wide position over the course of his career.

The Manchester United forward insists he wants to be able to play in a variety of attacking positions, though he has now revealed his desire to become successful in his preferred position as a recognised number nine.

“I want to be able to play in all positions,” Rashford told Goalhanger.

“No.9 is obviously the dream but for me in this day and age, it’s ideal to be as effective out wide as you are in the No.9.

“If Man United are playing the football that Man United can play, the forwards are making runs. The first thing [Solskjaer] has done is bring the attacking intent straight back into the team.

“The way we train and prepare for games, it’s about what we can do to hurt defences, what we can do. We do speak about the opposition threats, but the first thing he says is about how we can score goals. Mentally that gives you a big push going into games.”