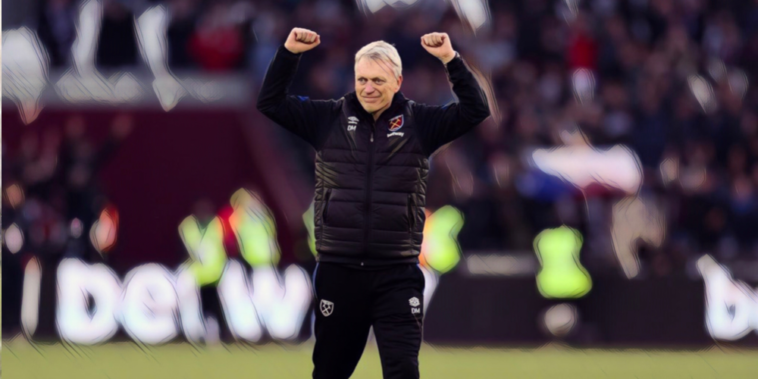 West Ham United strengthened their hold on fourth place after twice coming from behind to secure a dramatic 3-2 victory over league leaders Chelsea at the London Stadium on Saturday.

After a lively start to proceedings, it was the visitors who made the breakthrough midway through the first-half, veteran defender Thiago Silva rising highest to expertly nod home from Mason Mount’s corner.

The Brazilian then proved pivotal at the other end after clearing Vladimir Coufal’s effort off the line, before the hosts were effectively gifted a route back into the match following a rare error from Edouard Mendy, the Senegal stopper clumsily bringing down Jarrod Bowen inside the area after failing to clear his lines.

Manuel Lanzini duly converted from the spot on what was his first league start of the season, although the Hammers would only be level for a matter of minutes before Mount restored the European champions’ lead just before the break with an exquisite side-footed volley at the back post.

In an end to end encounter, David Moyes’ side then struck back not long after the half-time interval through the lively Bowen, the former Hull City man lashing home superbly from just outside the area as Chelsea conceded twice for the first time this season.

The winger came close to adding a second soon after, yet couldn’t quite direct his sliding effort on target, while at the other end the league leaders continued to probe for a third, though without creating too much in the way of clearcut openings.

Heading into the final few minutes, however, it was the home side who snatched all three points in somewhat bizarre fashion, substitute Arthur Masuaka seeing his attempted cross from the left flank catch out Mendy at the near post to send the London Stadium into raptures.

What have we just witnessed?! 😲

Speaking after the win, which moves the Hammers to just six points behind Chelsea in the table, Moyes admitted that he wasn’t actually overly impressed by his side’s performance, despite the eventual result.

“We were much better [in the second half.]. We were too passive and submissive in the first half. They are quality, that is why they are European champions because of the level they can play at. Whether you press them or stay off them, they are very good at both.”

The former Everton boss also admitted that his side were the beneficiary’s of a notable slice of luck, as he insisted Masuaka’s late winner was somewhat ‘fortunate’.

“I said to him that I thought it was a great cross. It was very fortunate, the goal, but in football you need a bit of fortune sometimes. In the last few games we have lost it a little bit, but today we got it back.”

West Ham will hope to maintain their unbeaten Europa League record at home to Dinamo Zagreb on Thursday, before taking on Burnley at Turf Moor on Sunday.