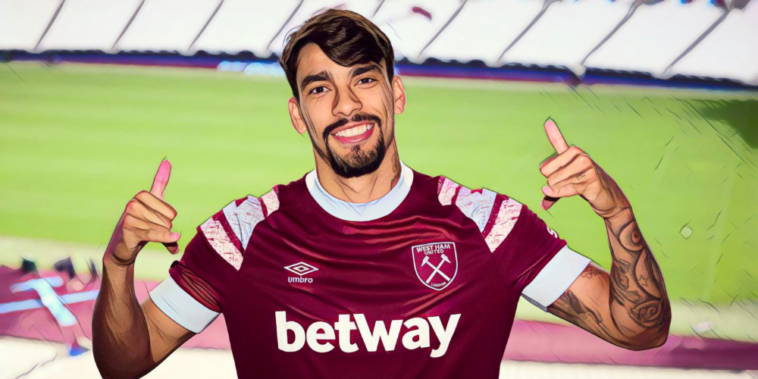 David Moyes has expressed his delight at West Ham’s club-record capture of Lucas Pacqueta, ahead of a ‘huge’ London derby with Tottenham.

West Ham have completed a deal for Pacqueta worth a record-breaking £51m, with the former Lyon midfielder becoming the Hammers’ eighth signing of the summer window.

The 24-year-old has won 33 caps for Brazil and had been courted by several leading clubs, having been named in the Ligue 1 Team of the Season in 2021/22 after a campaign in which he scored nine goals and provided six assists.

Moyes is delighted to have secured a deal for the versatile star and admits Pacqueta caught his eye during West Ham’s clash with Lyon in last season’s Europa League.

“I’m really pleased. We’ve been watching him for a long time and he really came to our attention when he played against us for Lyon and he was the stand out player,” Moyes said at his pre-match press conference ahead of the club’s clash with Spurs.

“We looked a lot deeper and we didn’t think he would be available, so a big thank you to the board for making it happen.

“He can play two or three positions and it all made sense if we could get him – and it’s never easy to get big players.”

Pacqueta’s debut is unlikely to come against Spurs on Wednesday evening with the record arrival yet to train with his new teammates. Moyes has opened up on the occasion for his team and says West Ham are relishing the chance to take on their capital rivals.

“It’s a huge game for our club and we want to try and perform well. We’ve tried to give the likes of Tottenham, Arsenal and Chelsea good games and I think we have done over the last couple of seasons.

“There is no doubt that Tottenham have improved over the summer. They have an incredibly good coach, somebody who knows how to win and get results.”