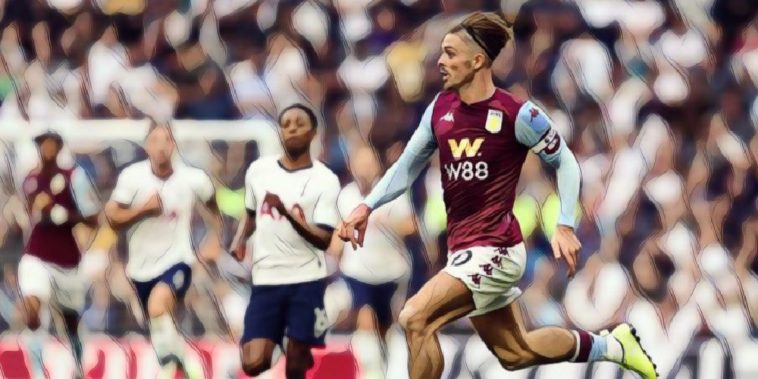 Jose Mourinho admits he is wary of Jack Grealish’s influence as Tottenham prepare to face struggling Aston Villa at Villa Park this weekend.

Grealish has starred for the newly-promoted side this season as they bid for Premier League survival, the midfielder a reported transfer target for some of the division’s leading sides having scoring nine times in all competitions and providing a further seven assists.

The 24-year-old is expected to be included in the senior England squad for the first time ahead of next month’s international fixtures against Italy and Denmark, whilst Manchester United are believed to be strongly interested in signing the playmaker this summer as Ole Gunnar Solskjaer seeks additional midfield creativity.

The Aston Villa captain has also previously been linked with a move to Spurs and speaking ahead of this weekend’s clash between the two sides, Jose Mourinho admitted that is wary of the talents of a player he says is playing with ‘great freedom’.

“Grealish is a player with great freedom in an area of action very important of course – very talented, can score a goal, can make an assist,” Mourinho told the media at his pre-match press briefing.

“[He has an] incredible connection with the fans, so easy to feel he is one of them, he’s capable of making the crowd chase the team, so a very, very important player for them, for sure.”