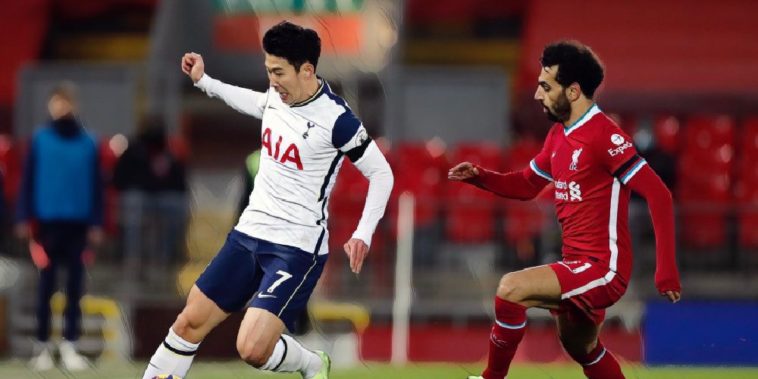 Mourinho’s men have been mightily impressive so far this season and have somewhat unexpectedly found themselves firmly in the title race with almost a third of the campaign gone, despite dropping points in their most recent outing with Crystal Palace.

The visitors set up in their usual defensive style and looked to play primarily on the counter-attack, although with Liverpool starting on the front foot, they didn’t take too long to find a way through, as Mohamed Salah opened the scoring midway through the first half as the Egyptian’s deflected effort sailed over a helpless Hugo Lloris.

Like many games this season, however, Spurs looked incredibly dangerous on the counter-attack and grabbed an equaliser just seven minutes later, with Heung-Min Son continuing his superb form to fire home – despite there being a hint of offside – following an excellent threaded pass from Giovani Lo Celso.

As the second-half progressed the hosts continued to dominate possession yet they couldn’t fashion an opening, while the visitors wasted two glorious opportunities to take the lead, forward Steven Bergwijn seeing his curling effort strike the post before the usually reliable Harry Kane headed over from close range.

Those missed chances ultimately proved costly as Jurgen Klopp’s side grabbed a late winner, with Brazilian international Firmino firing home a bullet header to the delight of the 2,000 home supporters.

While Spurs have now dropped points in successive Premier League games, Mourinho was adamant that his side should have won on the day, while he also admitted that they must be more clinical in future after wasting a handful of key chances.

“We deserved to win. I have to be disappointed,” Mourinho told BBC Radio 5Live.

“They had the ball but the game was under control. In matches like these where you don’t have 10 chances, just three or four, you have to score three and kill it – which we didn’t.

“The draw will probably be a fair result but to lose it is really, really unfair. But that’s football.

“We have to score. Period. Especially in those moments as they were suffering every time we recovered the ball, they were in trouble. So, it was a moment to hurt, a moment to kill it and we didn’t.

“In the end, the destiny decided for them to win it. Also in a very strange way for me.”

Words between Jurgen Klopp and Jose Mourinho at full-time 👀

Meanwhile, the Spurs boss also had another issue on his mind in his post-match interview, the former Manchester United boss taking a swipe at his counterparts behaviour on the touchline, the two men having been seen having a lively exchange after the final whistle.

“Everything is fine between us,” he said. “The referees let him behave the way he does. It’s not my problem. I feel sad for it because I can not do it but it’s just the way it is.”

Tottenham will look get back to winning ways when they face Leicester City next on Sunday afternoon in the Premier League.