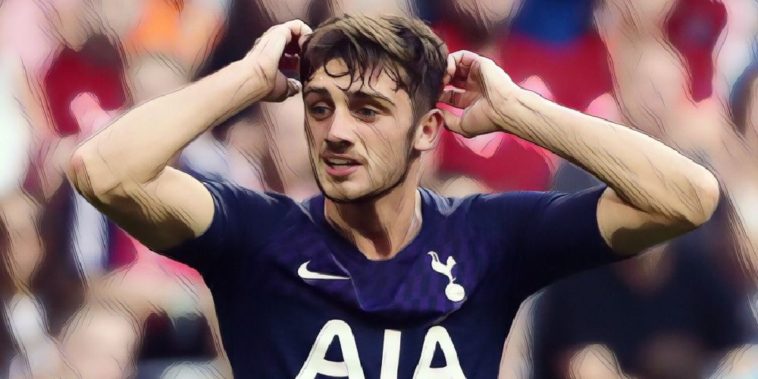 The north London side are currently without a recognised centre-forward following the injuries to Harry Kane and Son Heung-Min, with the club’s fanbase having clamoured for the inclusion of Irish prospect Parrott in recent weeks as Spurs seek a solution to their lack of goal threat.

The 18-year-old is regarded as one the club’s finest young talents and earned his first senior cap for Ireland last year, though ahead of tonight’s FA Cup tie with Norwich, Mourinho has once again insisted that the youngster is not ready for regular first-team football despite the expectations and anticipation from the Spurs‘ fans.

“This is a world where lots of people, they don’t even know if Troy has long hair or short hair,” Mourinho said at his pre-match press conference.

“There was a guy behind me on the bench the other day: Play Troy, play Troy. I don’t think he knows Troy.”

Parrott made a late substitute appearance during the defeat to Wolves last weekend, before being sent back to the club’s U23 side with a message to prove himself, the teenager responding with the opening goal during a 45-minute outing for the development side.

"If Mourinho thought he deserves the opportunity, he'd throw him in." ✅

"Troy's got to earn that right by training well." ⚽️

Mourinho admits he was pleased with the youngster’s performance, but seemed to question the forwards ‘mentality’, likening Parrott’s development to that of Manchester United midfielder Scott McTominay during his time as manager at Old Trafford, the Scot going on to become one of the Portuguese’s most trusted players.

“I was so happy with the way he performed and I’m not speaking about the goal that he scored,” Mourinho said of Parrott’s outing in the under-23s.

“I told him before the game, every time you play with the kids of your age, you have to show your colleagues why you are the privileged one.

“Why you are training in the first team every day and some of them are not – they are still in the group age. Because it was something that he was not doing.

“I have no problem to say because I know that he will confirm – I had exactly the same words with Scott McTominay.

“At the moment, he was not loved in his group age. Because he was not with the right frame of mind.

🤐 “We are taking very good care of him. We cannot tell you every single details”.

“He was the best in everything, the best in attitude, the best in character. This is the way you work with kids and if, in these generations, kids, they have things too easy in life, I think it’s part of the education to also see the other side.

“So I think Troy will come even stronger and stronger when everything happens step by step. And not immediately.

“Because he is not ready for immediately. So it is a process.”