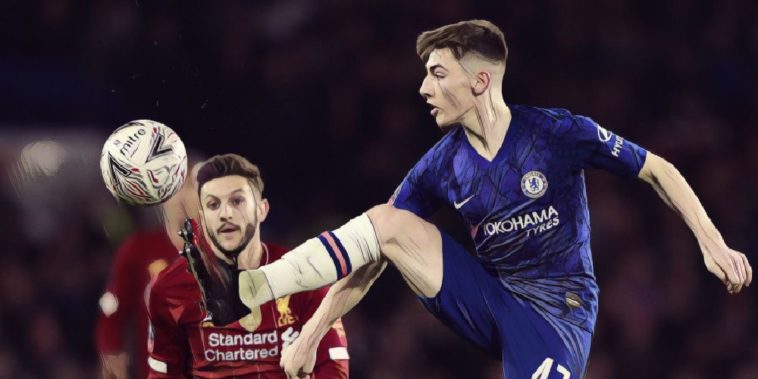 The Scottish teenager produced a performance that defied his tender years, as Chelsea sealed their place in the quarter-finals with a 2-0 victory, goals from Willian and Ross Barkley ensuring Frank Lampard’s side’s progress at Stamford Bridge.

Making just his sixth first-team appearance for the club, Gilmour was the stand-out player against his far more experienced opponents, the 18-year-old’s display attracting lofty praise.

“The star of the show is the midfielder – the young Billy Gilmour. He has bossed it,” Shearer said on BBC One.

“Whatever he’s been asked to do, whether that’s collecting the ball and passing it forward, protecting that back four or spraying the ball around; he’s been absolutely magnificent.

“A lot of the time I’ve seen Chelsea this season, yes they have good possession in Jorginho in the way he passes it, but he hasn’t done what this young boy has done in terms of getting the ball and passing it forward – that’s been his first thought.

“Not only that but he’s protected that back four magnificently. Everything he has done has been spot on. The tackling, the timing of the tackles. Setting Chelsea forward… the confidence – he’s 18 years of age! To have that confidence, that belief in your ability.”

Fellow BBC pundit Wright was left similarly impressed by Gilmour’s showing against Liverpool as he was named Man of the Match in west London, describing the youngster’s performance as ‘unbelievable’.

“He’s very impressive,” Wright added. “What’s good about him that in his interview Frank said, ‘Listen, he’s in there because he deserves to be in there the way he’s trained’.

“He was someone that was tracked by [Manchester] City, [Manchester] United, Barcelona and Real Madrid. And you watch him, I’m not going to go over the top on it, but you can see (why) for an 18-year-old the way that’s he’s been playing. Unbelievable the way he’s played.”