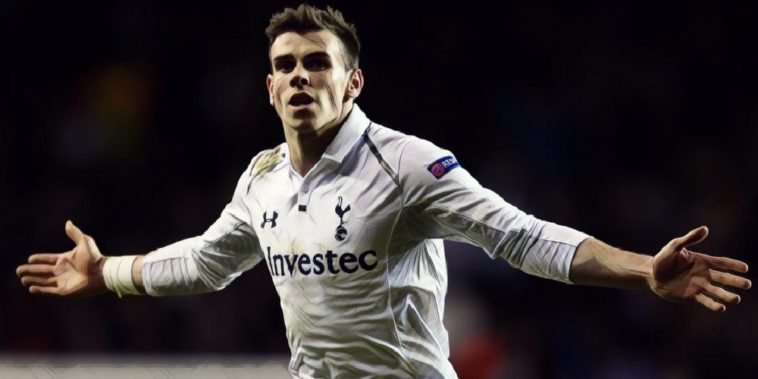 Jose Mourinho admits his interest in Real Madrid’s Gareth Bale is ‘no secret’ as the winger’s agent confirms a return to Tottenham is ‘close’.

Bale is reportedly closing in on a return to the Premier League after being deemed surplus to requirements at the Bernabeu, the Welsh international having been frozen out of the first-team picture by Zinedine Zidane.

Spurs are believed to be in discussions over a deal to sign the 31-year-old on loan as Mourinho looks to bolster his attacking options, though the Portuguese was coy on the club’s interest in their former player.

“Gareth Bale is a Real Madrid player and I don’t talk about players from other clubs. It’s not my job to have contact with agents and I don’t want to comment,” Mourinho said in his press conference ahead of Thursday’s game against Lokomotiv Plovdiv.

Mourinho did, however, speak on his admiration for the star, the 57-year-old having tried to sign the winger during his spells at both Manchester United and Real Madrid.

Asked about his attempts to bring Bale to United, Mourinho said: “Even before that, I tried to sign him for Real Madrid which was not possible to do during my time there, but the president followed my instinct and my knowledge and the season I left he brought Gareth to the club.

“There is no secret on that. Even Gareth knows that. But I’m not going to speak about him anymore because he is a Real Madrid player.”

Bale’s agent, Jonathan Barnett, has spoken on the player’s potential return to Spurs and told AFP that a deal was edging closer: “It’s close but not done,” he said. “It’s a complicated deal.”

Mourinho has made three signings so far this summer with the additions of Pierre-Emile Hojbjerg, Matt Doherty and Joe Hart, whilst the north London side are also nearing the signing of Real Madrid left-back Sergio Reguilon.

The arrival of Bale would be a major statement of intent as the club bid to close the gap on the division’s leading sides, however, and the Spurs boss has discussed the potential impact of new signings.

“A squad is a puzzle and when a new signing completes the puzzle it’s great for the team,” he added. “Three more weeks, the market is open both ways.

“I think in football you have to be always waiting for something to happen. Let’s see what happens to us. I never liked to start the competition with an open transfer window.”

One point of interest in a potential move for Bale to the Tottenham Hotspur Stadium is the future of Dele Alli, the midfielder having tentatively been linked with a move in the opposite direction following a difficult spell.

The 24-year-old was substituted at half-time during Spurs’ disappointing 1-0 defeat to Everton last weekend, though Mourinho insists he has no problems with the player who was ‘sad’ following his early withdrawal.

“Dele was quiet, he was sad,” said Mourinho. “After the game, he was just one of many.

“He’s a good boy, very, very polite and I never saw from him a strong reaction. A good boy, a really good boy.”

See also – The best Premier League stats of the week: Salah’s half century and the Rodriguez effect