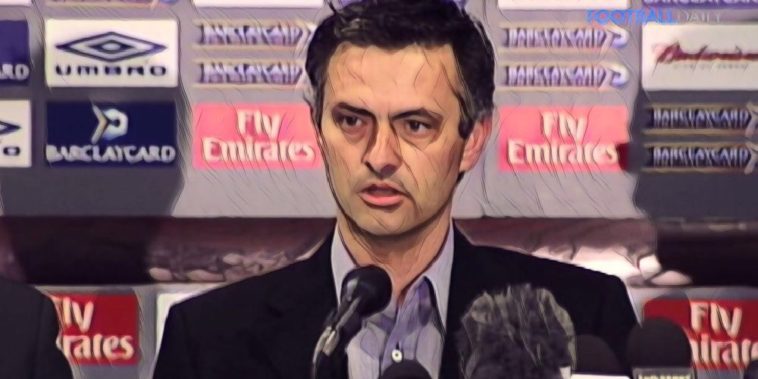 Jose Mourinho has revealed the reason for announcing himself as ‘The Special One’ upon his unveiling as Chelsea manager back in 2004.

Mourinho arrived at Stamford Bridge having guided Porto to Champions League glory the previous season, and would go on to become the most successful manager in Chelsea‘s history, winning back-to-back titles in his first two seasons at the club.

The Portuguese manager caused a stir in his first press conference at the club by announcing himself as a ‘Special One,’ a label which has stuck with Mourinho throughout his career.

Mourinho has now revealed that he was irked at being questioned of his suitability to English football, leading to his now infamous proclamation.

“When I gave my first press conference I was asked if I was ready for the Premier League,” Mourinho told Sky Sports. “I thought: ‘What? I just won the CL and you are thinking that I am nobody?’

“So, I went a little bit aggressive by saying I am not one from the bottle, I am ‘a’ special one. But then, bang, it stayed. No problem.”

Jose Mourinho – 10 of his best Quotes