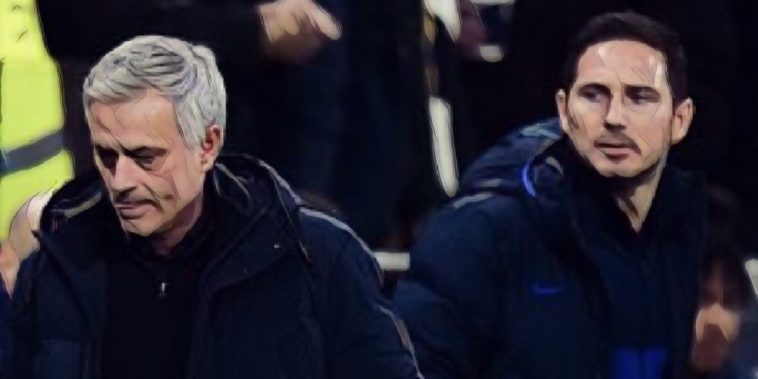 Jose Mourinho has commented on Frank Lampard’s sacking and admits ‘Chelsea is Chelsea’ ahead of Tottenham’s meeting with their London rivals tomorrow evening.

Tottenham face their capital rivals in a huge clash in the Premier League tomorrow, with both sides currently level on points and in need of a victory that will move them closer to the Champions League places.

Mourinho is no stranger to the incessant demands of Chelsea owner Roman Abramovich after his two spells as Chelsea manager ended acrimoniously, and the Spurs boss says he is expecting a difficult challenge tomorrow despite the latest managerial upheaval at his former side.

“Chelsea is Chelsea,” Mourinho said at his pre-match press conference.

“They change the coach but they didn’t change the players. The players are very good and there is great depth.

“They had a good coach in Frank [Lampard] that was doing good work. They have a good coach now in [Thomas] Tuchel despite coming from a league you cannot compare with the Premier League.

“But he is used to working with players of high calibre and leading dressing rooms with important players.”

Tottenham will once again be without leading scorer Harry Kane as the England captain recovers from an ankle injury sustained in the defeat to Liverpool, the north Londoners looking to bounce back after successive losses to the Reds and Brighton.