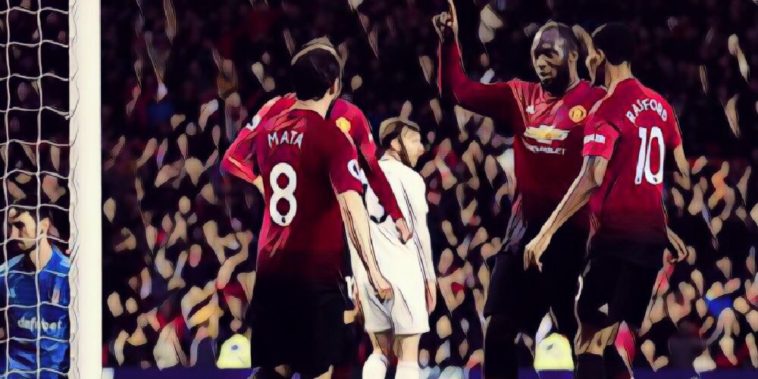 Jose Mourinho has hailed the ‘beautiful football’ that Manchester United produced this afternoon in a convincing 4-1 win over Fulham.

Mourinho, who left Paul Pogba on the bench for the second straight game, watched his side race into a 3-0 half-time lead, with the Red Devils continuing to play the dynamic football that they produced against Arsenal on Wednesday.

Fulham would pull a goal back through a contentiously awarded penalty before a rasping Marcus Rashford strike rounded off the scoring with eight minutes to go, and speaking after the game, Mourinho described some of his side’s football as ‘perfect’.

“The second half was Ranieri’s fault. He made two changes that improved his team and gave us problems that we didn’t have in the first half. I also think there was some fatigue in some of my players. A few factors made the second half not as good as the first.

“We needed it. The last three matches we didn’t lose, but didn’t win. Now we have two away matches, then two at home. Let’s see if we can get more points from those matches.

“The players have shown they can be a better team than they are. When there is solidarity in the team, everyone giving their maximum, you attract more positive things.”

United face Valencia in a dead rubber in the Champions League in midweek, before a hotly anticipated clash against Liverpool next weekend.