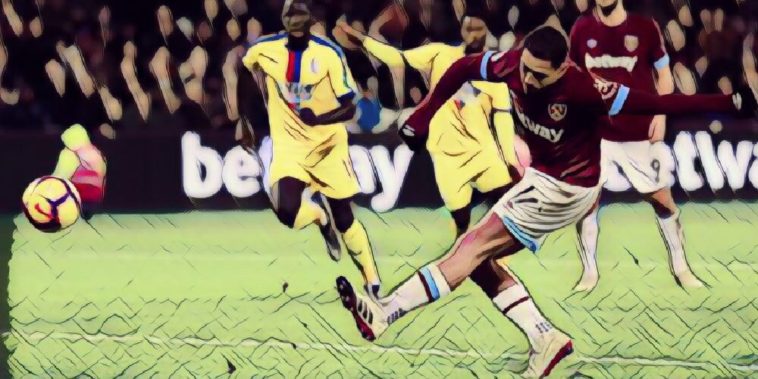 Crystal Palace’s struggles continued today after they lost 3-2 to West Ham United at the London Stadium.

It was a pulsating encounter which led Luka Milivojevic to describe some of Palace’s defending as ‘unacceptable’.

Palace were ahead at half-time thanks to an early goal from James McArthur but The Hammers turned things around after the break to make it three wins on the trot for Manuel Pellegrini’s side.

The Eagles were guilty of some very suspect defending to allow West Ham back into the game and club captain, Luka Milivojevic, alluded to this after the game.

“We started well and scored the first goal and had control. In the second half, they had possession and in the end, I hit the bar. The first half was something where we can take positives,” Milivojevic told the BBC.

“We tried to take control of the game and keep possession and play side by side but a lack of concentration and focus cost us. It is unacceptable to concede three goals in 30 minutes. We pushed more to try and equalise but we can take big lessons from this game.”

Milivojevic stopped short of singling out any teammates for individual criticism but he was clearly very unhappy with how today’s defeat came about.

“Every single goal is a mistake of someone, I am not here to blame anyone. It is a collective game and we win and lose together. It is a big lesson I think, a very poor beginning to the second half. We didn’t think when we attacked about what happens behind us and we left our defenders and they had some good counter-attacks,” he added.

“We did not deserve to lose, they didn’t create a lot of chances, we had a lack of concentration. We look forward to a lot of games this month we will try and pick up a lot of points.”

Roy Hodgson’s side are 16th in the Premier League, just two points above the drop zone.