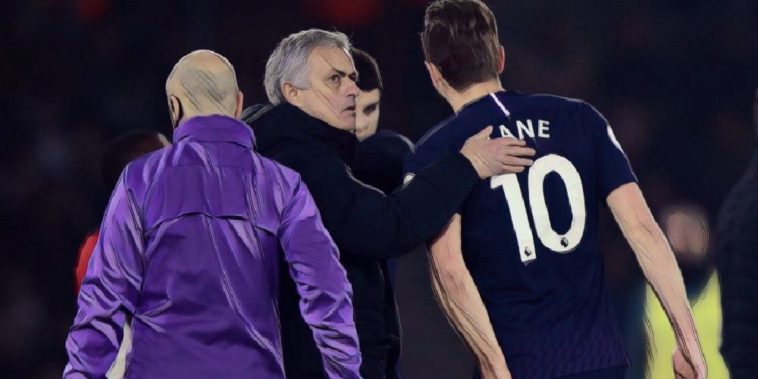 Jose Mourinho has discussed Tottenham’s options as the club seek to cover for the ‘big loss’ of injured top scorer Harry Kane.

The England captain was substituted during the Spurs‘ disappointing 1-0 defeat to Southampton on New Year’s Day, with the forward set for a sustained period on the sidelines after the club confirmed the 26-year-old had suffered a torn hamstring during the loss at St Mary’s.

Mourinho refused to give a timeline on Kane’s potential return to first-team action, but confirmed the star would be absent for some time after scans revealed the severity of the injury.

“I think it is better for the medical department to speak about it or make an official report. The only thing that I can add is that the feelings I had that it was not a small injury were correct.

“It is not a small injury, but I cannot speak about (recovery) times.”

Kane’s absence leaves the north London side short of attacking options, the club having failed to sign a replacement for Fernando Llorente who was allowed to leave the club at the expiry of his contract last summer.

Lucas Moura and Son Heung-Min are likely to be contenders to deputise in unorthodox central attacking roles, with Mourinho previously admitting it is still ‘too soon’ for youngster Troy Parrott, and the Portuguese admits his side must try different solutions as they bid to compensate for Kane’s loss.

“We have what we have and we stick with them. The boys did what they can, you cannot transform Lucas or Son into a number nine like Harry Kane.

“So we have to try other things and that is what we are going to do. Harry is out, obviously every minute he doesn’t play means a lot to us, it is a big loss for us but we have to accept it and we have to fight with the boys that are available.”

See also – FA Cup Third Round: Team of the Week