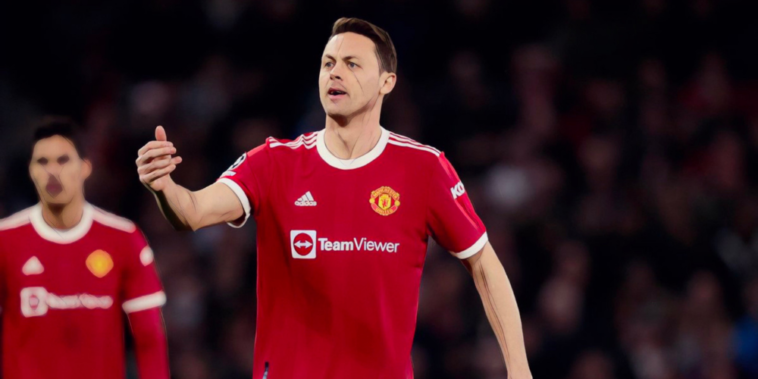 Jose Mourinho is planning another reunion with Nemanja Matic at Roma as the midfielder prepares to leave Manchester United this summer.

Matic has announced his intention to leave the Red Devils when his contract expires at the end of the season, despite possessing an option to extend his deal at Old Trafford.

The 33-year-old confirmed the news on Friday in an Instagram post, revealing he will move on at the end of the season after talks with the board, his teammates and interim manager Ralf Rangnick.

Matic said: “After a great deal of thought, I have decided that this season will be my last with Manchester United. I have informed the board, the manager and the players of my decision.

“It has been a huge honour and a privilege to play for this great club. A big thank you to the fans for their unwavering support.

“I will now give everything until the end of the season to help my teammates finish as strongly as possible.”

Sky Sports are reporting that Roma are interested in signing the former Serbia international, in what would be a third reunion with Jose Mourinho.

Mourinho signed Matic for Chelsea and the midfielder played a key part in the club’s 2014/15 Premier League title success, earning an inclusion in the PFA Team of the Year.

Matic joined up with Mourinho for a second time after a £40m move to Old Trafford in 2017 and has since made 185 appearances across all competitions for the Red Devils.