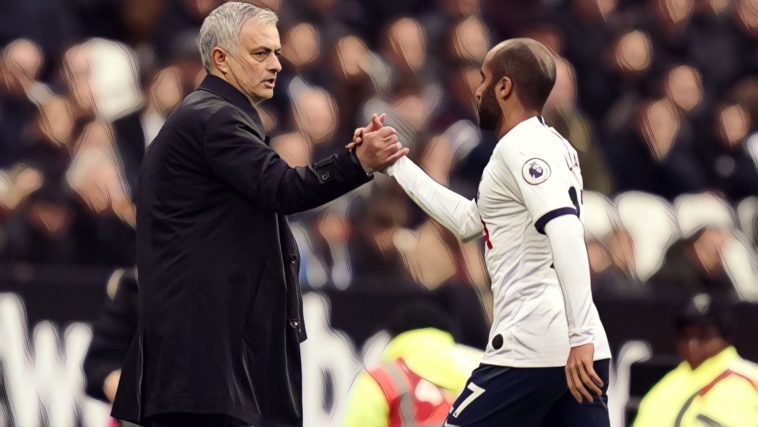 Tottenham forward Lucas Moura has revealed he is willing to put the team ahead of himself in order to achieve success, while also outlining his good connection with manager Jose Mourinho.

After a turbulent 2019/20 campaign which saw Mauricio Pochettino reign at the club come to an end 12 months ago, the new season has been much improved for Spurs, sitting top of the table ahead of this weekends round of fixtures after picking up six league wins from their opening nine games.

The North London club have won their last four Premier League games and will be looking to make it five-in-a-row when they face Mourinho’s former club Chelsea on Sunday.

That clash could have major repercussions on the title race, with both sides currently in the mix to take the title away from last season’s winners Liverpool, particularly with Klopp’s side suffering multiple injuries in recent weeks.

One factor that has catapulted Spurs back to the top of the table has been the form of Harry Kane and Heung-Min Son, with the two forwards simply superb so far this season, with Kane, in particular, demonstrating both his finishing prowess and passing precision when dropping into a deeper role.

While those two men have thrived under Mourinho, fellow forward Moura has struggled for a regular starting berth, as the likes of Steven Bergwijn and Gareth Bale fight it out with the Brazilian for that third spot in the forward line.

Despite having been the hero in Amsterdam in that Champions League semi-final 18 months ago, Moura has failed to nail down a starting role of late, while he’s also scored just once in the league so far this term. That being said, the 28-year-old remains a firm supporter of his current boss and revealed his dedication to the cause even when he’s not grabbing the headlines.

“We have a very good relationship, me and the gaffer, because we share the same principles,” Moura said, as per The Telegraph.

“I share the mentality that he has. For me, the most important thing is the team and the club. That is why when I am on the pitch, it doesn’t matter if I score, [or] if I give an assist.