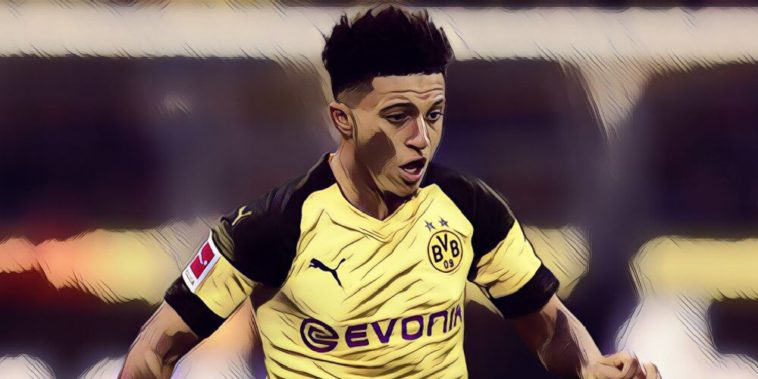 Seven Premier League youngsters have been named as the most valuable talents in Europe by an independent study.

The clever guys over at CIES Football Observatory use statistical data to analyse the ongoing fluctuations in the transfer market and today they have announced their latest findings, the most valuable U20’s in Europe’s top five leagues.

In what could be interesting news to Manchester United fans, England forward Jadon Sancho – who has been linked with a big money move to Old Trafford – is the most valuable U20 in Europe, with the 19-year-old being valued at an eye-watering €150.3 million (128.5m), far more than reports have suggested.

The most valuable player currently playing in the Premier League is Arsenal‘s Matteo Guendouzi, who, having joined for Ligue 2 side Lorient last summer for just £7m, has enjoyed an impressive first season at the Emirates and has now seen his valuation leap to €70.1m (£59.6m).

West Ham‘s Declan Rice is another player who has also enjoyed a sensational breakthrough campaign this year, establishing as a first team regular in the Hammers midfield, and the now England international is valued at €64.2m (£54.9m), the fifth most valuable.

One man who has dominated headlines in recent months is Chelsea‘s Callum Hudson-Odoi, with the English winger having been linked with moves to Bayern Munich and Manchester United. The Bundesliga leaders are believed to have made a January bid worth £35m for the 18-year-old, however, these current findings suggest that that valuation was pretty high, with CIES saying he is in fact only worth €20.3m (£17.36m).

Also included in the top 25 are Manchester United’s Diogo Dalot, Burnley’s Dwight McNeil, Man City’s Phil Foden, and Fulham’s highly rated Ryan Sessegnon, who could be on the move this summer following the Cottagers’ relegation from the Premier League.

Here are the 25 most expensive players in Europe.

QUIZ: Can you name every club to have played in the Premier League?