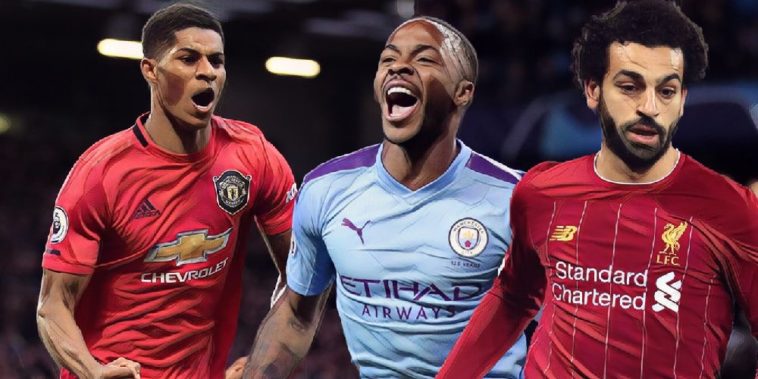 It’s safe to say that football transfer market has gone a tad crazy in recent years, with Neymar’s £198 million move to PSG in 2017 becoming a yardstick by which to measure all other transfers by.

The Brazilian has largely failed to justify the gargantuan price tag since his move from Barcelona, and having left the Catalan club to escape the shadows of Lionel Messi, he has only found himself being outshone by Kylian Mbappe.

According to the latest data from CIES, the young French forward is the most valuable player in world football, the 21-year-old now valued at €265.2m (£226.7m), while Neymar’s value has more than halved, the 27-year-old valued at just £85.8m.

Closer to home, the Swiss company values 11 Premier League players within the top 20 most valuable players in world football, with five of those being rated at over the £100m threshold.

The five most valuable players in the Premier League

Having come through the clubs academy, Rashford has finally started to fulfil his massive potential, scoring a career-best 17 goals so far this season, comfortably Manchester United‘s most influential player in what has been a largely underwhelming campaign.

Having made his breakthrough under Louis van Gaal back in February 2016, Rashford’s recent form has seen his value skyrocket to £114.7m, making him the seventh most valuable player in the world, and the most valuable at Old Trafford, with his teammate Paul Pogba having depreciated to less than £80m.

He may well be a tad injury prone, but Harry Kane is without a doubt one of the world’s finest finishers, the Spurs striker netting 17 goals in 25 appearances for the club this season.

Kane has scored a hugely impressive 136 Premier League goals in the last five-and-a-half seasons for Spurs, as well netting 32 times for England, and despite consistently being linked with some of the world’s biggest clubs, the Walthamstow born forward has so far remained loyal to the Lillywhites, and, as his £128m valuation would suggest, it would certainly take a large sum to prise him away from the Tottenham Hotspur stadium.

One of four Liverpool players to feature in the top 20, the newly crowned African Player of the Year has been one of the clubs leading lights this season, netting 13 goals in all competitions as the Reds have made a relentless march towards a maiden Premier League title.

Having joined from Southampton for £34 million in 2016, the Senegalese’s impressive form for Jurgen Klopp’s side has seen his valuation almost quadruple, making him the fifth most valuable player in world football at over £132m.

With Liverpool’s sensational form continuing into 2020 – the Reds on one of the longest unbeaten runs in Premier League history – it’s unsurprising to see Mohamed Salah feature so highly on this list, and like his strike partner Mane, has seen his valuation massively increase from the £35m that the Anfield outfit paid Roma in 2017.

Since his return to the Premier League, Salah has netted 85 goals, winning the Golden Boot twice, and picking up winners medals in the Champions League, UEFA Super Cup and Club World Cup, as Liverpool look to restore themselves back at the top of English football.

While the 2019/20 season may not be Man City’s finest by their own very high standard, their squad still possesses an embarrassment of riches, with Raheem Sterling developing into one of the clubs leading talents under the tutelage of Pep Guardiola.

While he was often accused of lacking end product in his early days at Man City, Sterling has certainly added it to his game in recent campaigns, already netting 20 goals this season, following on from the 48 goals that he has scored over the previous two campaigns, winning two Premier League winners medals along the way.

At just 25 years of age, Sterling still has time to improve further, and that is reflected in his hefty valuation, just shy of the £200 million mark.