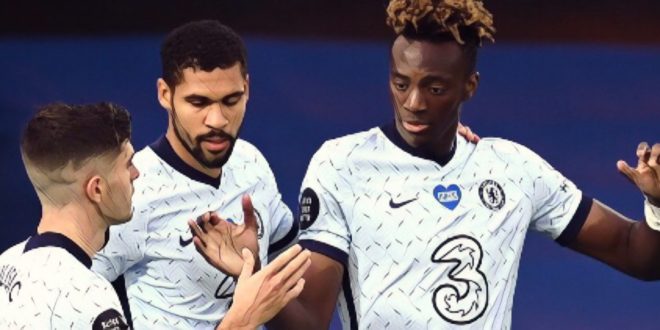 Securing a strong record at home is essential to any side and their hopes of success, but picking up results on the road can change a good season into a great one.

With the Premier League campaign rapidly approaching its conclusion, we’ve decided to look at some of the best statistics from the season so far, with his feature revealing the division’s best travellers in terms of goalscoring on the road.

Here are the five Premier League sides with the most away goals so far this season:

Southampton‘s season has been one of two halves, recovering from a disastrous start to climb towards their current position of mid-table safety.

Ralph Hasenhuttl’s side’s success has been built on a fine record away from St Mary’s, with only bottom side Norwich having a worse home record far this season.

It’s been a much different story on the road, however, with the Saints having won eight of their 16 fixtures away from the South Coast, scoring an impressive 25 goals and securing victories at top-four contenders in Chelsea and Leicester.

Leading scorer Danny Ings’ career-best season has helped propel Southampton towards the top half, the forward’s 10 goals on the road the joint-highest of any player alongside Leicester’s Jamie Vardy.

The newly-crowned champions have picked up more points than any other side in away fixtures so far this season, but rank just fourth amongst the division’s leading scorers on the road.

Liverpool have won 13 of their 17 away fixtures in the Premier League during the current campaign, including returning from trips to Leicester, Chelsea and Tottenham with all three points.

Perhaps their finest performance of the season was that aforementioned trip to face Leicester, Jurgen Klopp’s side thrashing the Foxes 4-0 at the King Power Stadium – their joint-biggest win of the season so far.

Leicester have enjoyed a fine season under the guidance of Brendan Rodgers and remain well placed to secure a shock place in next season’s Champions League, the Foxes having remained in the top four for almost the entirety of the campaign thus far.

Only two sides have scored more goals than Leicester in away games so far this season, with the club memorably setting a new record for the Premier League’s biggest ever away win with a 9-0 thrashing of Southampton at St Mary’s in October – a fixture which saw both Jamie Vardy and Ayoze Perez score hat-tricks.

Vardy – the current leader in the race for the Golden Boot – has been a key factor in the Foxes’ rise, no player having scored more away goals than the 33-year-old so far this season.

The leading scorers in the Premier League season to date, Manchester City‘s ability to find the back of the net with regularity has not diminished despite their disappointing title defence.

No side has scored more goals on the road than Pep Guardiola’s men, who opened the season with a 5-0 thrashing of West Ham at the London Stadium and later dismantled Aston Villa 6-1 at Villa Park – the latter fixture seeing Sergio Aguero set a new record for most ever Premier League hat-tricks.

City will hope to further boost their tally ahead of the Premier League’s run-in, the Etihad side facing struggling Brighton and Watford in their final two away fixtures of the campaign.

Frank Lampard’s debut season at Chelsea has been largely positive and the west London side are the joint-leading scorers away from home this season, scoring 36 times so far alongside Manchester City.

Only champions Liverpool have picked up more away points than Chelsea so far this season, who look well placed to challenge for honours if they can correct their indifferent record at Stamford Bridge.

Tammy Abraham’s nine away goals is a tally only bettered than the aforementioned Ings and Vardy, with 64.28% of his tally coming in away fixtures – the highest proportion of any player to have reached double figures in the Premier League this season (joint with Raheem Sterling).

Chelsea and Manchester City remain some way short of the all-time record for most Premier League goals in a season, however, a landmark of 48 goals set by Liverpool during the 2013/14 campaign.