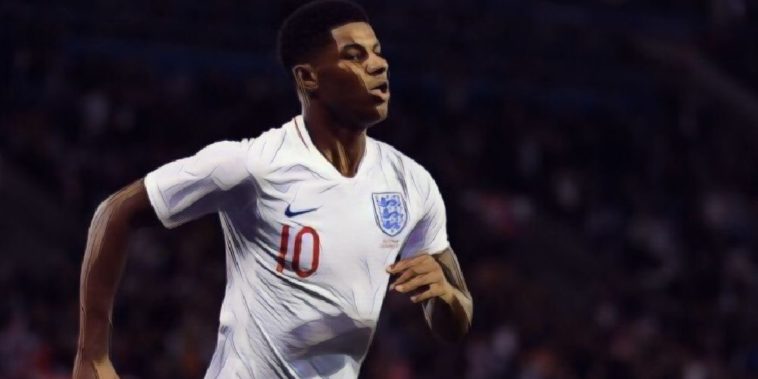 Gareth Southgate’s England moved top of their Nations League group with victory over the world’s number one ranked nation  Belgium this week, with the Three Lions next hosting Denmark at Wembley tomorrow evening.

Southgate has largely been praised for his work since taking charge four years ago despite his relative inexperience in management, the former England international now tasked with building a side capable of challenging at next summer’s European Championships.

With an emerging crop of young talent and several established stars, there is no shortage of talent available to the England boss in the current set-up.

We’ve decided to look at the mainstays of Southgate’s England reign so far, here are the five players to earn the most caps since his appointment as manager:

Kyle Walker’s international career has been a rocky road during Southgate’s tenure but he still ranks amongst his most used players, the full-back having earned 30 caps in the four years since the current England boss took charge.

Walker forged a reputation as one of the finest full-backs in the Premier League and has been a regular at right-back for the national side, but his development since working under Pep Guardiola at Manchester City has also seen him deployed on the right-hand side of a back three for England.

The 30-year-old’s recovery pace is a vital asset in a formation that has been favoured on several occasions during Southgate’s reign, whilst it has also allowed for the introduction of Kieran Trippier and Trent Alexander-Arnold in a wing-back role, the duo’s delivery a vital component of England’s attacking armoury.

After returning to the fold following some notable off-field indiscretions, Walker – who won his 50th cap in the victory over Belgium last week – will hope to remain an important part of the squad in the coming years.

Arguably England’s one genuine world-class talent, Harry Kane’s has gone from fledgeling international to the nation’s talisman under the stewardship of Southgate.

Kane has compiled a fine goalscoring record for England over the past four years that includes becoming just the second Englishman – after Gary Lineker in 1986 – to win a World Cup Golden Boot, his current record under Southgate standing at a phenomenal 27 goals in just 30 caps.

Only three players have played more times under the current manager than the Tottenham striker, whose importance to the side was emphasised by his appointment as England captain ahead of the 2018 World Cup in Russia.

Twice named as England’s Player of the Year during Southgate’s reign, Kane will be at the forefront of the nation’s hopes of ending their long wait for major tournament success.

Eric Dier’s almost ever-present status in the England squad has been questioned by some, but he remains a firm manager’s favourite for both club and country, his versatility having seen him amass 31 caps since Southgate took charge of the Three Lions.

Dier was deployed in a holding midfield role during much of his early career but has stated his desire to be utilised at centre-back for both Spurs and England, the 26-year-old starting the victory over Belgium last weekend on the left of a back three.

It’s been a difficult 18 months with the defender having suffered from injury problems, discipline issues and a poor run of form, though he remains a trusted and valued member of the England squad and plays in a position in which Southgate is yet to truly decide on his best options.

Only one player has been capped on more occasions for England than Raheem Sterling since Gareth Southgate’s arrival as manager four years ago, with the Manchester City winger having elevated his game to new heights in recent years following an underwhelming start to his international career.

Sterling was handed his debut as a teenager but despite impressing in glimpses, scored just two goals for England in the first five years following his senior bow against Sweden in 2012.

The 25-year-old’s continued improvement under Pep Guardiola at City has now been reflected on the international stage with an impressive nine goals in his past 11 appearances under Southgate, however, Sterling arguably the most important of England’s abundance of wide players.

Sterling has worked well in tandem with Harry Kane previously and has the versatility to adapt to different positions across the forward line, a valuable asset for Southgate who has proven tactically flexible during his England reign.

Southgate’s most chosen player is Manchester United forward Marcus Rashford, who has won five more caps than any other player under the current management.

Rashford became the youngest player to represent England at the European Championships during the reign of predecessor Roy Hodgson, before establishing himself as a regular at international level under Southgate.

Marcus Rashford has now scored in four consecutive matches for England and has his first goal since receiving an MBE.

A brilliant week on and off the pitch. 🏅 pic.twitter.com/WfazM06euq

He has scored 10 goals in his 36 appearances under Southgate – including from the penalty spot in the weekend win over Belgium – playing largely from a position on the left-hand side of the attack.

The 22-year-old faces increased competition for a first-team place following the arrivals of Jadon Sancho and Jack Grealish onto the international stage in recent months, but he remains a favourite of Southgate and scored for the fourth consecutive game against Belgium – becoming just the fifth player to achieve the feat this century.