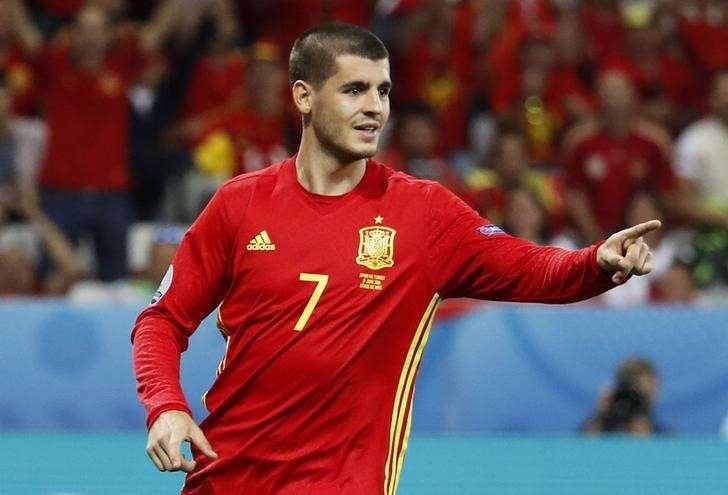 Alvaro Morata will make a decision over his future in the next few days according to his agent.

The Real Madrid striker has attracted attention from the likes of Manchester United, Chelsea and AC Milan this summer after a season on the subs bench.

Morata scored 20 goals this season as Los Blancos secured a League and European Cup double, but had to settle for gametime from the bench, as he failed to get past Karim Benzema as the club’s main striker.

“He doesn’t want to go through another season like that. It was a great season, but he wants to play more,

“Alvaro is a player who wants to play a more important role. He wants to play more. That’s normal for a striker who’s scored 19 goals. It’s not enough.”

Manchester United have seen a £52million bid rejected, and have reportedly upped their offer to £60m. Antonio Conte is believed to be interested in taking the striker to Chelsea, although it looks like they will complete a big money move for Romelu Lukaku instead.

AC Milan have also been linked with making move for the Spaniard, and when asked about AC Milan’s interest, Lopez responded:

“It existed and still exists, just like for other big clubs interested in a player of his calibre, the player will take a clear and definitive decision in the coming days.”

Manchester United are set to release Zlatan Ibrahimovic this summer, leaving Jose Mourinho short of striking options at Old Trafford ahead of next season.