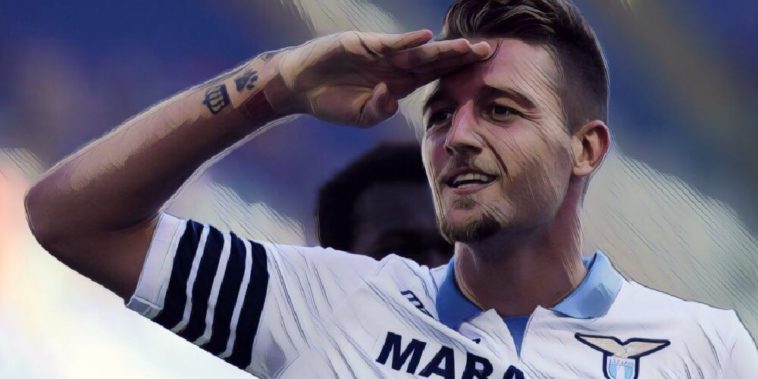 The Serbia international has been strongly linked with a move to Old Trafford in recent seasons, with speculation again intensifying this summer that the 24-year-old could move to the Premier League.

United were believed to be interested in a big-money move to sign the Lazio star, though Ole Gunnar Solskjaer’s side failed to make midfield additions before the deadline for English clubs on August 8.

After another summer of transfer speculation, Milinkovic-Savic has now said the ‘story’ of a move to United is ‘finished’, and insists he ‘wants for nothing’ and remains happy in the Italian capital.

“I wasn’t irritated by everything that was written in the papers, because my mind was concentrated on preparing for the new season in the best possible way.

“I am where I am and I want for nothing at Lazio. I don’t think much about the transfer market.

“All sorts of things were written about me, but I know where my mind is and who I have a contract with.”