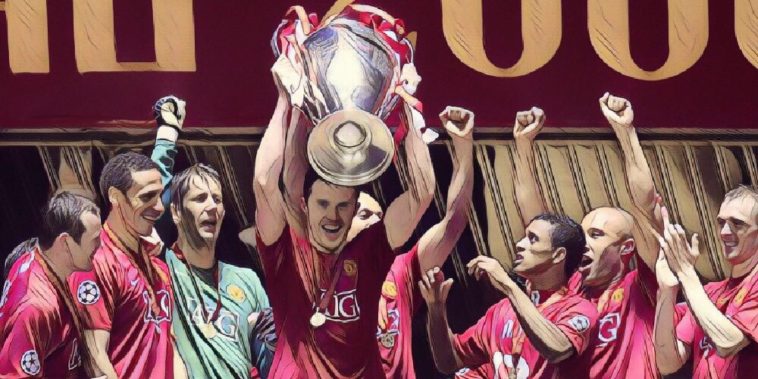 Michael Carrick drew the curtain down on his illustrious Manchester United career last weekend when he took to the Old Trafford pitch for the last time during his sides 1-0 victory over Watford.

The 36-year-old midfielder was signed by Sir Alex Ferguson from Spurs for £18 million back in 2006 and has enjoyed a hugely successful spell with United winning five Premier League titles, one Club World Cup, one Champions League, one Europa League, one FA Cup and three League Cups.

Despite winning every club honour available, Carrick was a player who at times divided opinion, some fans failed to see what he actually brought to the team, while others saw him as the missing piece of the jigsaw for England’s golden generation.

However, all you have to do is listen to what some of football’s biggest names have had to say about him to realise what a top player he was …

“When you play with Michael Carrick you think there is authority, control, peace. When you are on a football pitch playing against Liverpool or Manchester City, you need peace around you as well. You sometimes don’t want people running around like blue-arse flies. Scholes and Carrick together was peaceful. It was like going into a bar and hearing a piano playing. It’s relaxing. Listening to some good rock is good and you like that too but sometimes it’s nice to listen to a piano. Carrick’s a piano.” Gary Neville.

“Not only this season but every year. People do not realise the amount of work Carrick delivers until he has gone.” Thierry Henry, who rated Carrick as English football’s most underrated player.

“In English football sometimes it seems hard for people to rate those who instead of shining themselves make the team work as a collective. For example Michael Carrick, who makes those around him play.” Xabi Alonso.

“He’s one of the best holding midfielders I’ve ever seen in my life, by far. He’s the level of Xabi Alonso, Sergio Busquets in Barcelona and Bayern Munich.” Pep Guardiola.

“I remember Michael coming in and taking over the number 16 shirt from Roy Keane, one of the Premier League’s best ever midfielders. He had big boots to fill, but I think he’s proven that he’s more than worthy of the shirt. I loved playing with him. I always felt comfortable and safe next to him, and he probably didn’t get the credit he deserved at the time, but he’s starting to get that now. When Michael plays, United usually win, and I like that there’s nothing flashy about him. He never broke a sweat, either. He was like a Rolls Royce, just cruising around the football pitch.” Paul Scholes.

“Carrick gives United balance and can play defensively too. He passes well, has a good shot and is a complete player.” Xavi.

“Playing both with Michael and against him, you realise what a great player he is. For me personally, moving into midfield as I did and playing so many times alongside Michael, he just made it so easy for me. You would give him the ball and could trust him with it, he’d always make the right pass and he had that calming influence both on and off the pitch.” Ryan Giggs.

“They may not have the best stats for goals or assists, but they are at the heart of it all. It’s the same with Andres Iniesta and Luka Modric — they keep things ticking over, as does Carrick. He makes the passes that lead to the key pass.” Jamie Redknapp.

“Carrick is a quality passer and he could play for Barcelona; he would be perfectly suited to their game. I think he is an underrated player in England and sometimes not only should the goal scorer be rewarded but the real players at the heart of the game.” Arsene Wenger.

“I think Michael’s the best central midfielder in English football. I think he’s the best English player in the game.” Sir Alex Ferguson.