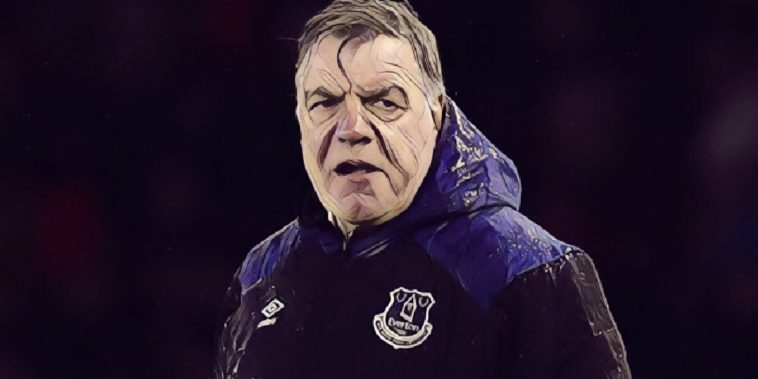 Everton look set to sack Sam Allardyce this week after a meeting of the club’s hierarchy according to reports this morning.

The anti-relegation specialist was brought into Goodison Park back in November with the club perilously close to the relegation zone after a disappointing start to the campaign under Ronald Koeman and caretaker manager David Unsworth.

The Blues had been heavily interested in bringing the then Watford boss Marco Silva into the club, only to be met by stiff resistance from the Hornets who turned down Everton’s offer of a £12 million compensation package.

Two months later, after a downturn in results, Silva was sacked by Watford, who released a statement saying that an “unwarranted approach by a Premier League rival” had effectively destabilised the 40-year-old and, as a consequence, their season.

Now, according to well respected journalist Paul Joyce writing for The Times, Everton board members have held a meeting in which they have decided that the former West Ham, Newcastle and Crystal Palace boss (to name just a few of his clubs) will have his contract terminated.

Allardyce has become a widely hated figure amongst the Everton Faithful, with fans of both West Ham and Everton heard singing ‘You’re getting sacked in the morning’ towards Big Sam at the weekend during their final league game of the season.

While Allardyce has done exactly what he set out to do and steer the club clear of relegation and into the top half of the table, the style of football on display has been a cause for much anger on the Blue half of Merseyside.

“It’s my job to turn that around. My job is to get better results for Everton, get better players, and play better. Then those fans enjoy their football a little bit more than they are at the moment.

“Both have been successful in what they’ve done and it’s helped us get into the position we’re in. Who knows what’s going to happen next.

“The season’s finished and I’m going to have a meeting with Farhad this week and then I’m going on my holidays.”

Everton remain interested in bringing Marco Silva to Goodison Park as Allardyce’s replacement, but despite being currently unemployed, appointing him as their manager still faces some challenges.

The report claims that there remains an annoyance within Watford’s boardroom regarding Everton’s conduct earlier in the season and it is still possible that Watford could seek a financial settlement from the Toffees if they were to try to appoint their former boss. As for Silva, he has not received any compensation since his sacking and his representatives have been in touch with the League Managers Association.