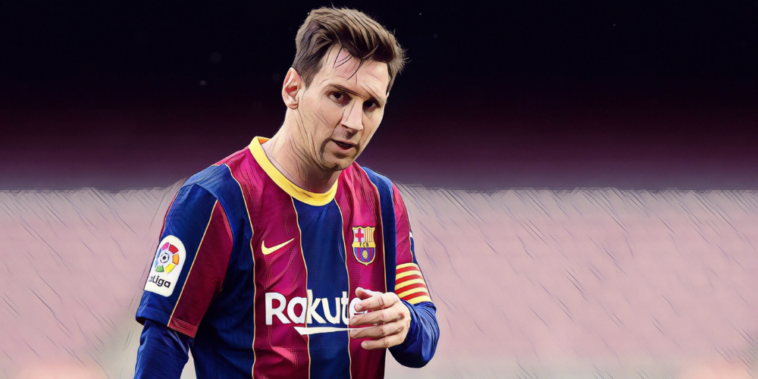 Lionel Messi has been left ‘shocked’ and ‘surprised’ by the manner of his Barcelona exit after the club were unable to fulfil their agreement over a new contract.

Messi has been a free agent since his contract with the Spanish side expired on July 1, but had been expected to sign a new five-year deal after agreeing to take a 50% pay-cut with the financially-stricken La Liga outfit.

Barcelona have since announced they will be unable to fulfil the agreement given their financial issues, with president Joan Laporta having admitted a new deal for the six-time Ballon d’Or winner would present a ‘great risk’ to the club given their ‘calamitous’ situation.

According to Sky Sports, Messi had wanted to stay at the Camp Nou despite their current situation and has not even ‘considered’ the prospect of other clubs this summer.

The forward had believed ‘everything was agreed’ to continue his career with Barcelona, before being told the club were unable to register him in line with La Liga’s financial fair play regulations.

The 34-year-old is currently in Barcelona and will assess his options following the shock of his exit, having returned from holiday after helping Argentina to Copa America success this summer.

Paris Saint-Germain are believed to have opened talks over the prospect of moving to France, with the Parisians keen to reunite Messi with former Barcelona teammate Neymar at the Parc des Princes.

Messi leaves Barcelona having scored a record-breaking 672 goals in 778 appearances for the club, his list of honours including ten league titles, four Champions League trophies and his record six Ballon d’Or accolades.