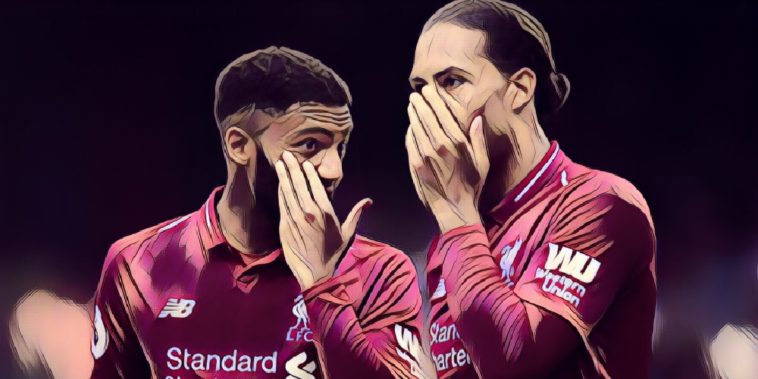 Paul Merson thinks Liverpool will finally get their hands on the Premier League title this season, picking out Virgil van Dijk and youngster Joe Gomez as the main reason why.

Liverpool are of course the second most decorated side in English football, winning 18 league titles in their illustrious history, although none of those titles have come in the Premier League era.

Jurgen Klopp’s men have got off to the best possible start this season, winning all four games, and only conceding one goal, with many tipping them to challenge reigning champions Man City for the crown this year.

Former Arsenal striker Paul Merson however, thinks that 2018/19 could be the year the Reds finally end their title drought, claiming that the current centre-back pairing of Joe Gomez and Virgil van Dijk could be the key reason:

“I’m very, very confident [they can win it]. I think they look a real good team,” Merson told Sky Sports.

“Joe Gomez is a big plus, and the three up front are always going to cause problems. They’ve got every chance.

“Last season I think their Achilles heel was defending on the counter-attack, but with Gomez and Van Dijk, and with the goalkeeper, it’s game on now.

“Van Dijk’s concentration levels now, he just looks world class. If you want to win Premier League titles – yes, they got to the Champions League final over a short amount of games – you need to churn it out over a lot of games.

“I’m a big fan of this Liverpool team, I think Klopp has got it right at the moment.

“They look good. Of course we all talk about Van Dijk, just how dominant he is and that a lot of their attacks are off the back of him winning that first contact.

“Gomez being alongside him; what a player for him to learn from. He’s raw, but has out-and-out pace.

“I’m so impressed with Gomez, the balance of the team is so much better now, with so much pace, they can defend one-versus-one, because at times they are going to have to.

“As Sir Alex Ferguson used to say at United, you can’t be a Manchester United player if you can’t handle one-versus-ones. Liverpool can do that now.

“Lovren got to a Champions League final, a World Cup final, and he’ll tell you he’s one of the best defenders in the world. I’m not so sure about that.

“Watching Liverpool closely, and even going into a Champions League final, my two biggest concerns were Lovren and Karius.

“Obviously I didn’t envisage what was going to happen with the goalkeeper, but I have always felt teams were looking to play on Lovren’s side, counter-attack on the back of him. He was vulnerable to that, and was Liverpool’s weak link.”

Merson wasn’t the only man to have been impressed with the Liverpool duo, with The Football Faithful team discussing the defensive pair in our latest Podcast.