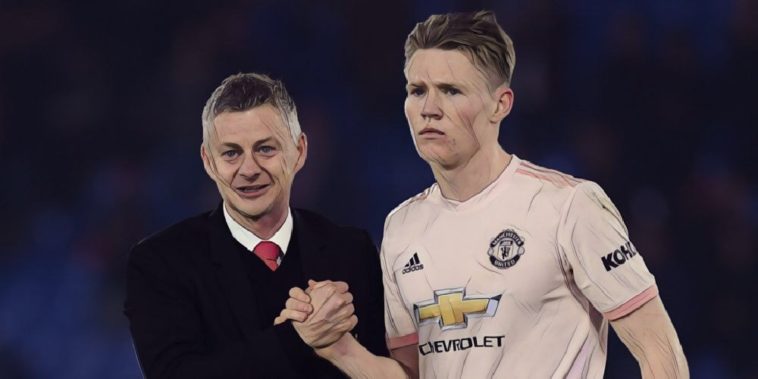 Last weekend’s defeat at West Ham was followed by a poor performance in the Carabao Cup against League One Rochdale at Old Trafford, with some fans having voiced their discontent at the club’s disappointing start to the new season.

Manchester United face top-four rivals Arsenal in the Premier League on Monday night, and ahead of the clash, McTominay has called for patience as Solskjaer looks to bring success to the club.

“It takes time for a new manager coming in,” McTominay told the Mirror.

“It’s not all of a sudden just going to click straight into place.

What do Ole Gunnar Solskjaer and Jose Mourinho have in common?

They have an identical record in their first and last 27 Premier League games 😶 pic.twitter.com/nfPkQmkw3Y

“You see different eras in football teams – everybody goes through transitional stages and we’re going through one right now.”

Solskjaer is now United’s fourth permanent manager since Sir Alex Ferguson’s retirement just six seasons ago, and McTominay insists it is ‘vital’ the club stick with the Norwegian as they look to bring continuity back to the club.

“It’s vital,” said McTominay. “You have to have that ­continuity at any club.

“In this day and age, clubs are just willing to sack a manager, without really thinking about the consequences for how that team is going to go forward in the next five or six years.

“Ole definitely has a plan for the short-term and long-term, and when you’ve got a guy like that, it’s important you stick by him.

“I’m not worried at all. It’s going to take time for this club to get back to where it was, but we’ve certainly got a manager who’s willing to do everything to do that.

“It hurts seeing everything going on sometimes, and you just try to blank everything out. But it’s the results that hurt the most.”