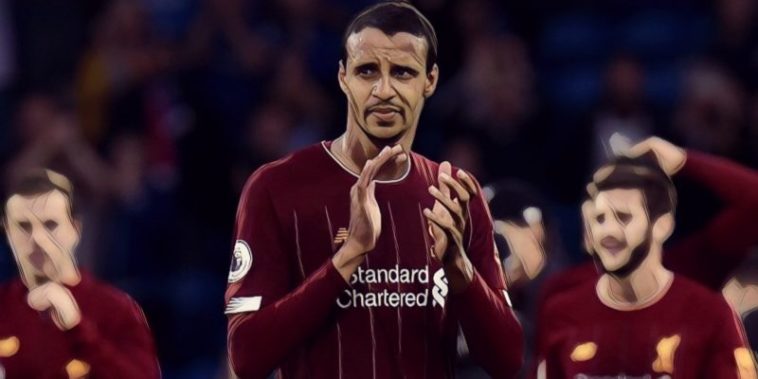 There is already a lot stake at either end of the table as teams begin to feel the pressure. Here’s a look at five things we learned from the best of the action.

As recently as the beginning of 2018/19 season there was a nonsensical consensus, even from some in the Liverpool fan base, that Joel Matip was the fourth best central defender at the club. Seven games into this season and it’s clear just how daft that view was.

The 28-year-old has become of Liverpool’s most important players in recent months and in a combative, gruelling afternoon at Bramall Lane on Saturday, the towering centre-half was as this imperious best. Facing relentless pressure from an impressive and determined Sheffield United side, the former Cameroon international was stoic and rock steady as he helped see off several dangerous attacks from Chris Wilder’s men.

He now boasts an aerial duel win rate of 90.6% this season as he looks to repay Liverpool for his new contract terms signed earlier this month.

Ian Wright showing the types of risky passes Joel Matip do to get the ball forward instead of the basic side passes. Finally someone has actually seen this. Brilliant analysis as always. https://t.co/gPcX6ip9Yv

Ederson serves a timely reminder of his quality for Manchester City

Manchester City earned what looked like a routine victory over Everton at Goodison Park on Saturday. However, Marco Silva’s men made the champions work hard for their points as they faced eight shots on target in the match; the most conceded by Pep Guardiola’s side since he took over at the club in 2016.

They had their Brazilian stopper Ederson to thank for keeping the home side at bay in this match. The 26-year-old was forced into six big saves, including two point-blank, top class efforts to foil Yerry Mina as Everton found some joy from City’s vulnerability at set pieces.

With Liverpool’s Alisson Becker still recovering from a calf injury, it is obvious that Ederson is once again the best in the Premier League between the sticks and a potential match winner for City. Although, Guardiola will not be over the moon with just how busy his keeper was on Saturday evening.

As Brighton slumped to their ninth consecutive league defeat to Chelsea, there was one man who stood out in an otherwise low key match in West London. Mason Mount was superb for the home side during their 2-0 win. The youngster has been praised for his efforts already this season, and he was top class against Brighton.

Showing real tactical awareness off the ball, and outstanding distribution whilst on it, Mount’s display would have left Frank Lampard buzzing. It was Mount’s willingness to press and clever reading of the play that saw him steal in and pounce on Adam Webster mistake. He’d have surely scored as well had he not been scythed down for an obvious pen.

Tammy Abraham may well be the golden boy upfront for Cheslea, but in Mount they have one hell of a midfield operator who could be set for the very top of the game in the years to come.

Wolves, like Burnley before them, are finding out the hard way just what the addition of Thursday night football can to an otherwise solid Premier League side. Going into their seventh match of the season, they were without a win and had just four points on the board to show for their efforts.

However, one of the old guard was at hand to help steer Nuno Espirito Santo’s men to a well earned victory over Watford. Republic of Ireland international Matt Doherty arrived to convert a close-range effort in the first half before whipping in a deadly cross in the second 45, that was converted into his own net by the unfortunate Daryl Janmaat.

Doherty is now just one of four defenders to have been involved in more than 10 goals since the start of 2018/19. Wolves may well need him again as they battle on through a busy season.

This was always going to be difficult season for Newcastle and Steve Bruce. The wave of negativity going into 2019/20 was significant even by Newcastle standards, but after a pummeling 5-0 defeat at the hands of Leicester on Sunday, they already look adrift in the bottom three and bereft of ideas.

It's a scandal what's happening to #nufc. Mike Ashley has to stop toying with fans' emotions. He has to sell, and allow Newcastle to rebuild, to regain their pride and identity. This isn’t a performance from Newcastle, it’s a surrender. Trail 4-0. Defence/gk all over the place.

From front to back, they were dire and even some of there more reliable employees like Martin Dubravka were at fault and making glaring errors. £40m man Joelinton was hooked with half an hour to play having failed to manage a touch in the opposition box and Steve Bruce cut a defeated figure on the touchline for most of a miserable afternoon for the Magpies. There is still time to turn things around of course, but on this evidence, Newcastle look dead certs for the trapdoor.

It's raining, their team is a man down and 4-0 down, they have issues with owner and manager, and Newcastle United fans have never stopped singing and supporting their team.