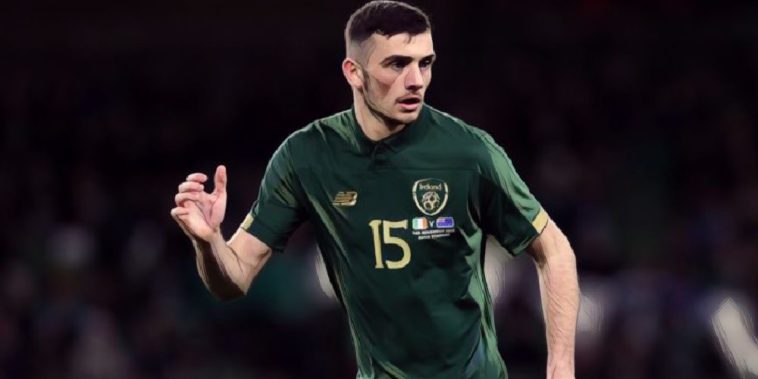 Mick McCarthy has admitted that Troy Parrott has ‘very little chance’ of playing for Ireland following his signing of a new contract at Tottenham.

Parrott is amongst the most highly-rated prospects in Irish football and ended speculation over his future by signing a new three-year contract at Spurs last week, the forward having made two first-team appearances under Jose Mourinho so far this season.

The 18-year-old also made his full international debut for the Republic of Ireland during the friendly win over New Zealand in November, having starred for the Irish youth sides in recent years.

Parrott will be hoping to be in contention for Ireland’s Euro 2020 play-off semi-final against Slovakia next month, though McCarthy admits the youngster’s lack of playing time is likely to hinder his chances of being involved.

Speaking at the launch of the Elverys InterSport FAI Summer Soccer Schools, McCarthy was asked if he was happy to see Parrot sign a new deal at Tottenham, and the former centre-back was pretty clear with his opinion.

“Not really,” he admitted, via the Irish Times. “I wish he’d gone to Charlton and played games on loan.

“It’s great for him financially, he’s got a new contract but I wish he was playing football somewhere. He couldn’t go out before because of his age and I understand that but if he’s not playing competitive football he has very little chance of being in the squad.”

Asked if he is considering any changes ahead of the crunch clash with Slovakia on March 26, McCarthy suggested he will stick with his tried and tested players, admitting ‘continuity is important’ as the Boys in Green seek to qualify for this summer’s European Championships.

“Continuity is important for me,” he said. “If the lads who have been playing are fit then you are not going to get too much change.”