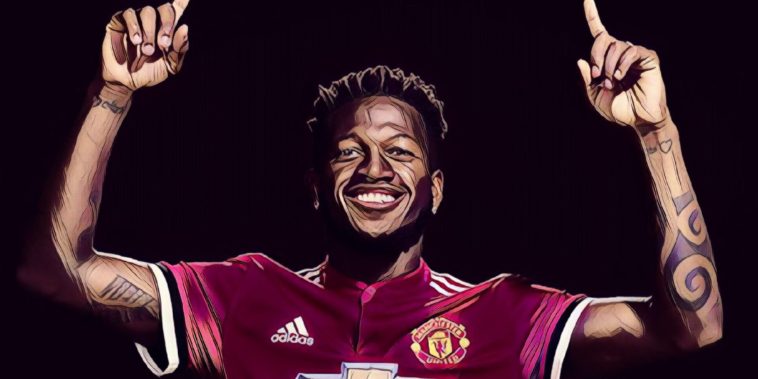 Nemanja Matic has described Manchester United’s latest signing Fred as a great player, as his attentions start to turn to the new Premier League season.

The World Cup may still be be full swing, but Matic’s season is finally over after Serbia crashed out of the tournament despite having won their opening group game against Costa Rica.

However, a last minute defeat to Switzerland was followed up by a 2-0 defeat to pre-tournament favourites Brazil meaning that the Serbs failed to make it it out of the group stages.

While Matic has admitted that he tried to anger Jose Mourinho by going deep into the tournament, the defeat to Brazil offered the former Chelsea midfidler a chance to meet his new team-mate, Fred, and even gave him his shirt after the game.

Fred has recently completed his £52 million move to Manchester United where he, alongside Matic and £89m man Paul Pogba, are expected to become a mainstay of Jose Mourinho’s midfield.

When asked about playing alongside the Brazilian next season, Matic told reporters that he thinks his new teammate is a ‘great player’ and expects to form a good partnership with the 25-year-old:

“I spoke to him after the game, he is a great player, he will bring quality to our team.

“We will see. I think we’ll understand each other very well.”

Fred is United’s second signing of the summer having already brought in Portuguese youngster Diogo Dalot from FC Porto.