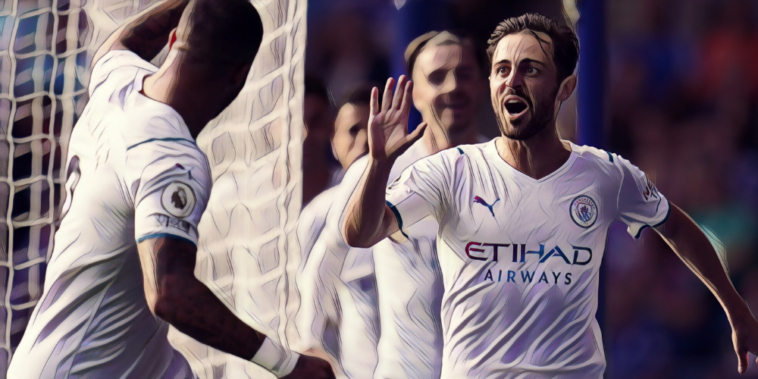 Bernardo Silva has expressed his delight after Manchester City secured a narrow 1-0 win at Leicester.

Silva scored the only goal of an entertaining clash at the King Power Stadium, as the Premier League champions made it three consecutive victories to move second in the division.

The meeting was the first between the teams since Leicester’s Community Shield success last month and both sides created chances, but it was the Portugal international who proved the difference with a close-range finish in the second half.

Silva  – who was linked with a summer exit from the Etihad – admits City were delighted to leave Leicester with three points following a ‘very tough’ encounter against Brendan Rodgers side.

“They also had their chances. It’s a very tough team to play against. Leicester, for me, are one of the best teams in the league,” Bernardo told BT Sport.

”We should have scored a little bit earlier in the first half but we got the three points and in a very tough place to play. We are very happy with the win.

“I always try to do my best to help the team and today I was able to with a goal so I’m very, very happy with that.

“We know how good they are on the ball. We know how this team plays. We suffered against them in the Community Shield. We tried to stop them on the counter-attacks. Our goalkeeper was very good today for us too. Three points and now we move on.”