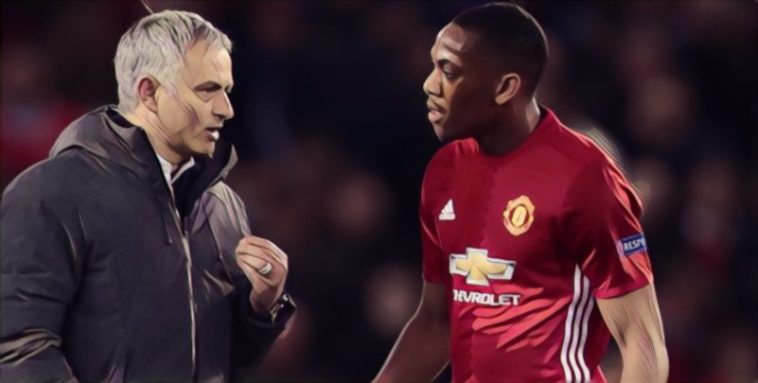 Anthony Martial has opened up on his relationship with former Manchester United manager Jose Mourinho and admits the decision to publicly drop him from the team acted as a source of motivation to reproduce his best form.

Martial would endure a tense relationship during the Mourinho during his time as Manchester United manager, the Portuguese memorably critical of Martial’s decision to leave a pre-season training camp to attend the birth of his son.

The French forward would also find himself in-and-out of the United side under Jose, but has since established himself as a key figure under current boss Ole Gunnar Solskjaer, and has now discussed his often difficult relationship with Mourinho and his frustration’s with the former manager’s public criticism.

“It’s true that I’d have preferred it if he’d told me directly, there’s no need to say it in front of everybody. After that, you definitely want to prove him wrong,” Martial told RMC Sport.

“He didn’t start me during the first few games and each time I came on, I scored. In the end, he told me: ‘You see, now you understand what I wanted’.

“It can get to you. You just want to show him you deserve to be on the pitch.”