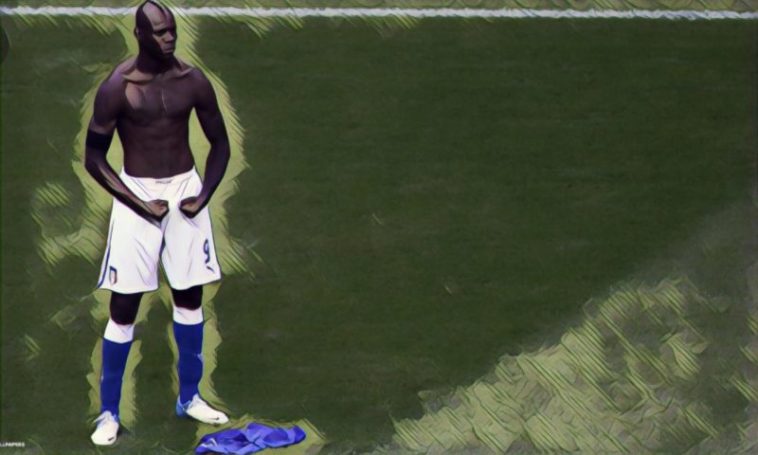 Mario Balotelli is undoubtedly one of football’s biggest characters.

Despite his sensational ability as a striker, he has often found himself dominating the headlines for his flamboyant lifestyle off the pitch and not his exploits on it.

“I don’t celebrate because I’m only doing my job. When a postman delivers letters, does he celebrate?” On why he didn’t celebrate after scoring a goal.

“Because I’m rich” When asked by Police why he was carrying £5,000 in cash after he crashed his car.

“Mourinho is the best coach in the world, but as a man he still needs to learn manners and respect”  I’d say most people would agree with you on this one Balo.

“There’s only one that is a little stronger than me: Messi. All the others are behind me.” Not sure we’re with you on this one though Mario.

“I will invite Shakira to the final, so she can see what I do to her boyfriend (Gerard Pique)” This was in the build up to the 2012 European Championship final. Sadly for Balotelli Italy were thumped 4-0 by Spain.

“Jack who? No, I don’t know him but the next time I play against Arsenal I will keep a close eye on him. Perhaps I can show him the Golden Boy trophy and remind him that I won it.’’ When asked about Jack Wilshere.

”Inside me I’m Ghanaian, and I’m proud to be African. But of course I’m Italian. I was born in Italy. I’ve never been to Africa in my life, but I will go one day.”

“Just to see what it looks like” When asked by Police why he had drove into a Woman’s Prison in Italy.

“You speak bad of me, I score goals.”