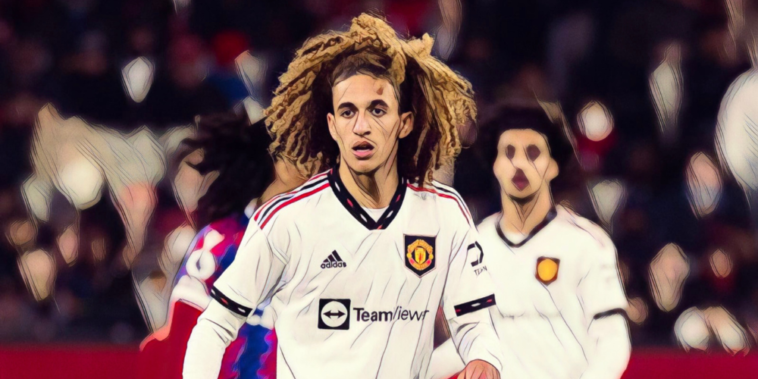 Manchester United are set to send Hannibal Mejbri out on loan with Birmingham City expected to complete a deal for the midfielder.

Birmingham are interested in providing the teenager with regular first-team football this season, with the 19-year-old having struggled to break into Erik ten Hag’s plans this summer.

Mejbri made two league appearances for the Red Devils at the end of last season, but finds himself down the pecking order among Ten Hag’s midfield options.

Despite having made just three senior appearances for the club, he has earned 16 caps for Tunisia and a loan move to the Championship will provide Mejbri with minutes and rhythm ahead of the World Cup in Qatar.

According to the Daily Mail, Birmingham are keen to add creativity to their midfield after scoring just three goals across their opening six fixtures of the Championship season. Mejbri has provided 17 assists in 40 appearances for United’s u21 side.

Birmingham loaned Dutch winger Tahith Chong from Manchester United last season with the 22-year-old scoring once in 20 league appearances during an injury-impacted campaign.