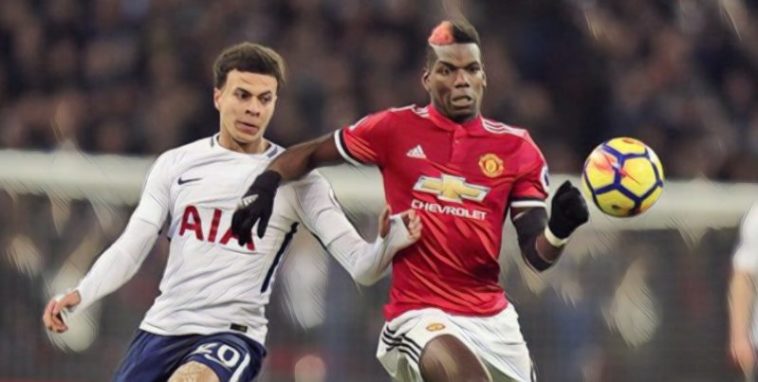 Manchester United meet Tottenham on Wednesday night, in a battle of two teams looking to revive their fortunes following disappointing starts to the campaign.

Their meeting also provides the sub-plot of Jose Mourinho’s first return to Old Trafford since his sacking last year, the 56-year-old having made a notable return to the Premier League in North London.

Mourinho has enjoyed a fine start to life at Spurs, but how does the squad he inherited compare to Ole Gunnar Solskjaer’s charges in Manchester?

The Manchester United man remains one of the very best in the division, despite his once seemingly impregnable performances having dropped somewhat over the past year.

That said, the Spaniard had long been United’s saving grace during their worst moments and remains an elite shot-stopper, and the Old Trafford outfit will be delighted he has committed his long-term future to the club.

One of the club’s genuinely world-class talents at present, De Gea makes our side in goal.

We’ve opted for Manchester United’s Wan-Bissaka over the more erratic Serge Aurier of Tottenham at right-back, the former Crystal Palace man having made a solid start to life at Old Trafford since his summer move.

The 22-year-old remains raw and has much to improve, but his prolific tackling and difficulty to beat one-vs-one has made him an automatic first-choice under Ole Gunnar Solskjaer.

Only Leicester duo Ricardo Pereira and Wilfried Ndidi have made more tackles than Wan-Bissaka so far this season.

The first of the Tottenham contingent to make our side, Belgian international Alderweireld has been regarded amongst the Premier League’s best central defenders since moving to English football five years ago, initially on loan at Southampton before becoming a cornerstone of the Spurs defence.

Capped almost 100 times for Belgium, Alderweireld is now arguably at the peak of his powers and Tottenham will hope to secure his future with his contract set to expire next summer. The 30-year-old’s passing from the back is a formidable weapon in the Spurs armoury, and should he depart he will leave a significant hole in the heart of the defence.

Partnering Alderweireld in our side is long-term defensive partner Vertonghen, the 32-year-old earning his place in our team ahead of Manchester United’s Harry Maguire and Victor Lindelof despite a mixed start to the campaign.

The Belgian remains a classy operator, comfortable playing out from the back and has been a model of consistency during seven seasons at the club. Like his compatriot Alderweireld, Vertonghen is also out of contract at the end of the season but has indicated his desire to stay at the club following Mourinho’s arrival.

Left-back has been something of a problem position for both sides in recent times, with Manchester United’s Luke Shaw having been injured since August with teenager Brandon Williams or the veteran Ashley Young having deputised.

At Spurs, Danny Rose has declined and Ryan Sessegnon is yet to prove himself, meaning we’ve opted for Ben Davies in our combined XI.

The Welsh international has not always been an automatic first-choice but remains a competent defender, comfortable in a variety of roles and his recent injury will be a blow to Mourinho’s plans.

The Frenchman may take some time to adapt to the demands of English football, though he has already shown in glimpses just why Spurs were prepared to smash their transfer-record to secure his services this past summer.

Possessing a unique blend of physical and technical attributes, Ndombele can play in a variety of midfield roles and has brought dynamism and quality to the club’s options.

His signing was seen as a coup with Europe’s elite all interested, and Ndombele is likely to flourish with greater game time in the coming months.

It’s been a frustrating beginning to the season for the Manchester United midfielder with injuries having restricted his appearances, though Ole Gunnar Solskjaer’s side will be desperate to see the 26-year-old return to action as soon as possible.

Despite proving to be a divisive figure amongst fans and pundits alike (Graeme Souness, we’re looking at you), Pogba possesses qualities few other midfielders do and at the top of his game can prove an influential figure.

His range of passing and ability to drive forwards gives United a new dimension, his absence having been felt in the centre of the park during their struggles this season.

Rewind a few months and we’re sure this inclusion would have got much criticism, but Alli’s recent resurgence has been a reminder of the midfielder’s undoubted quality.

It can be easy to forget that Alli is still just 23-years-old given his list of achievements so far, the England international having scored 46 goals in just 138 Premier League appearances since stepping up to the top flight from MK Dons.

Capable of ghosting into dangerous areas and scoring goals, Alli possesses the technical ability and potential to develop into one of the league’s great goalscoring midfielders.

The ever-popular South Korean international is a huge fan’s favourite at Tottenham, blending a mix of relentless work-rate with technical ability and goalscoring prowess.

Capable of playing across the forward line, Son has scored 76 goals in 206 appearances in just over four seasons at the club, including many at vital times.

One of the club’s most consistent performers despite their struggles this season, he is one of the best and perhaps underrated forward players in the Premier League.

Like the aforementioned Alli, the England international has achieved a great deal in his relatively short career so far, the 22-year-old having scored over 50 Manchester United goals and won a host of major honours despite his tender years.

He would receive much criticism during the club’s struggles at the start of this season, though he has responded with the best goalscoring run of his career and his confidence seems to be at an all-time high.

His best position is likely to be in a wide role driving forward, where his quick feet and lightning pace make him a difficult proposition to face.

Rashford’s finishing still needs work, but a return of 10 goals in 19 appearances in all competitions so far this season is a marked improvement.

Spearheading our side is the England captain, whose goalscoring exploits continue to rank amongst the very finest players in world football.

Kane is a two-time winner of the Premier League’s Golden Boot and has scored 13 goals in all competitions already this season, including six in the Champions League as he became the fastest player in history to reach 20 goals in the tournament.

His record for Tottenham now stands at a staggering 177 goals in 271 appearances, though the club will have to prove they can challenge for honours to keep him out the clutches of Europe’s elite.