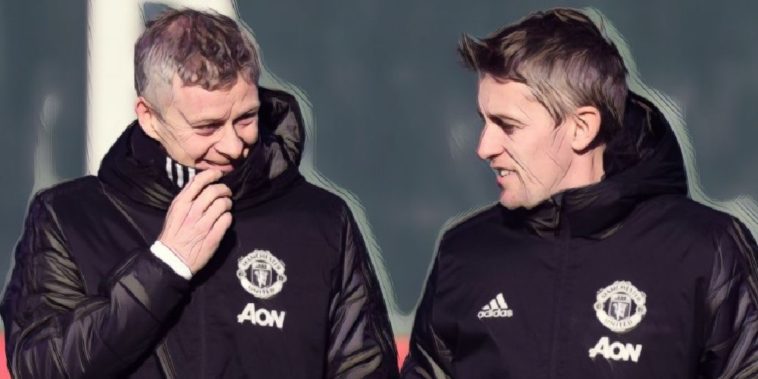 Manchester United’s players are reportedly becoming increasingly ‘concerned’ about the ‘growing influence’ of first-team coach Kieran McKenna, with many of the squad worried about the basic nature of the club’s training sessions.

McKenna has emerged as a key figure in Ole Gunnar Solskjaer’s coaching staff, the 33-year-old highly-rated within the set-up at Old Trafford and working closely alongside the Norwegian, Mike Phelan and Michael Carrick.

Despite his standing at the club, however, the Mirror are reporting that there are growing concerns among the Manchester United players about his influence on the club’s training, with several of the Red Devils’ overseas stars said to feel that sessions can be ‘too basic’ and favour the English speaking members of the squad.

Solskjaer is currently overseeing a huge rebuilding job at Old Trafford and the club have noticeably changed their transfer policy since his arrival, largely targeting emerging British talent following the summer acquisitions of Daniel James, Aaron Wan-Bissaka and Harry Maguire.

Several of the club’s established foreign talents have also departed as the 46-year-old looks to revitalise his squad, Romelu Lukaku, Alexis Sanchez and Ander Herrera amongst the high profile stars to have left the club last summer.

The United boss has spoken on numerous occasions about changing the culture at United, and the latest reports could be the most recent signs of the direction in which the club are trying to head.