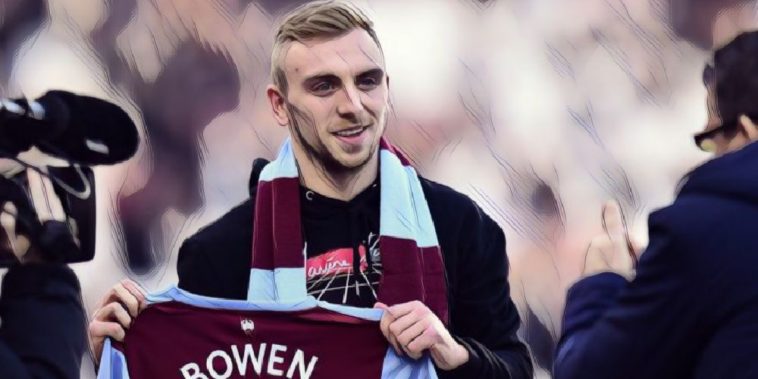 David Moyes is hopeful that new signing Jarrod Bowen can make the ‘step up’ to the Premier League, with the winger in contention to make his West Ham debut this weekend.

Moyes moved to bolster his attacking options over the second half of the season with the deadline day capture of Bowen from Hull, the 23-year-old having starred for the Championship side in recent seasons, scoring 52 league goals over the past two-and-a-half campaigns.

Bowen arrives at the London Stadium with West Ham currently facing a fight to survive, the Hammers having dropped into the Premier League’s bottom three following their draw with Brighton last weekend, and could make his debut when the club travel to face Manchester City on Sunday.

Moyes is hopeful that the £22m signing can handle the step up to the Premier League after starring in English football’s second tier, and believes the ‘exciting’ new arrival has shown he has the qualities to thrive at the highest level.

“Jarrod is a very exciting prospect. I’m really pleased to have him,” Moyes told his pre-match press conference.

“I think he’s a player who’s done really well in the Championship over two, three seasons, so he’s had to earn his stripes and show he can do it there. From that it gives me great hope that he’ll step up.

“From the Championship, I’ve taken Leighton Baines, Phil Jagielka, John Stones, Tim Cahill – some have come in and done a job really quickly and others have taken more time to settle. I’ll find out in time. We can’t be putting pressure on new players to completely make the difference here.

“I thought Tomas Soucek did very well in his first game here. We’ll have to give him time to get used to it.”