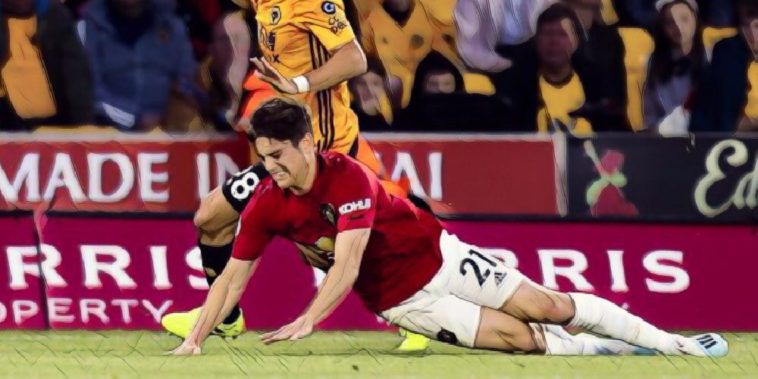 Ryan Giggs has defended Daniel James and says the Manchester United winger is no diver.

The Welsh international was booked for diving during Manchester United‘s 1-1 draw at Wolves on Monday night, referee Jon Moss cautioning the 21-year-old after he appeared to go down under no contact.

Wales manager Giggs has now come to the defence of the £15m summer signing, believing the youngster’s pace and direct approach means he is often fouled and believes referees need to protect the former Swansea City star.

“Dan gets kicked a lot. Sometimes when you anticipate it, it can look like a dive,” said Giggs – according to the Mirror.

“With the speed he’s going at it can look worse. He gets a lot of stick and referees need to protect him, but I’m not worried.”

James was handed his first start for United during Monday’s draw at Molineux and the winger will hope to retain his place for Saturday’s home clash with Crystal Palace.

United have no new injury concerns with Eric Bailly and Tim Fosu-Mensah both long-term absentees, while Alexis Sanchez and Marcos Rojo are unlikely to feature as they near exits to Inter Milan and Fenerbache respectively.